Musical guests usually arrive early to rehearse, before I'm at the window.  But on Mondays when we do two shows, there's a long time between afternoon rehearsal and a performance in the second show, so occasionally I get someone coming in for the second time.
There was commotion outside just as I got to the window.  I stuck the camera out and blindly snapped one shot, not knowing who was there or if they were even in the frame. 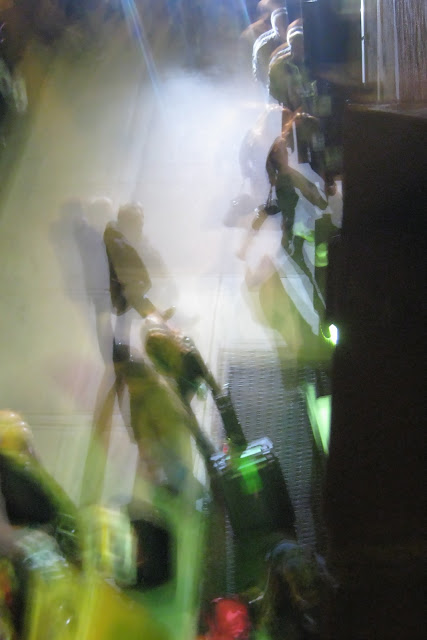 The paparazzi flashes tell me it's a celebrity, and the red hair at the door tells me it's Reba.  But now the sun sets early--the ledge is dark--my flash was off.  No gum visible.
I'm not giving up that easily. 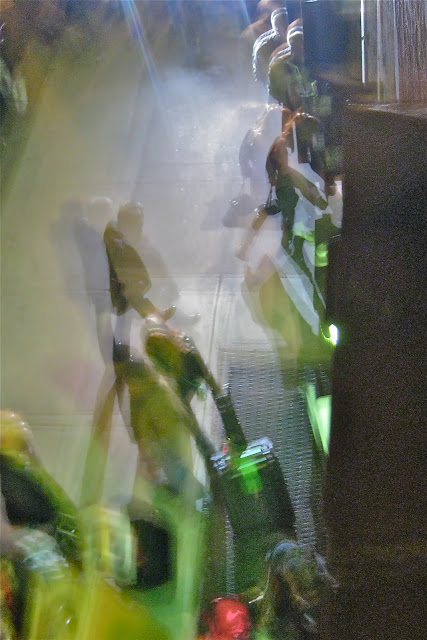 Yes!  It counts!
By massaging the contrast and definition in post (that's TV lingo for post-production), I can just bring out the vague grainy lump that tips this photo into the "win" column for CelebriGum.
Argue if you want to, haters, but I'm sticking to my verdict like old gum to a ledge.
Posted by Steve Young at 4:11 PM