Drew Barrymore... plus a special guest! 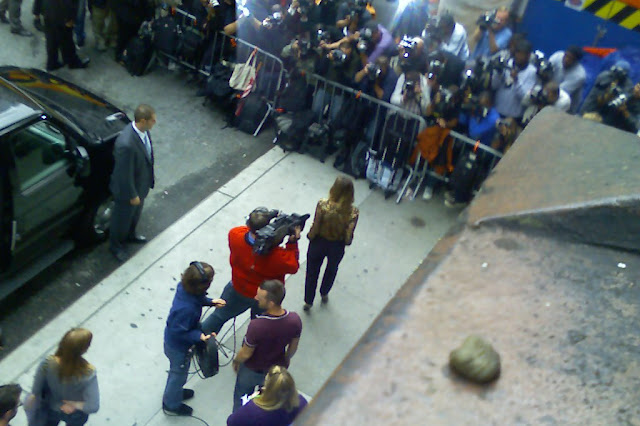 Fairly average CelebriGum picture.  Some parts are blurry.   Drew's face isn't visible.  The gum's a bit out of focus.

What makes this installment unusual is the fact that I, the founder and CEO of CelebriGum, did not take the photo.
It's often very hectic up by the dressing room in the hour or so before showtime.  As I waited for Drew to arrive, I was called away to deal with a comedy emergency.
One of our cue card guys, Todd Seda, had previously volunteered to step in and help with CelebriGum if I were ever to be incapacitated.  So I handed him my phone, transferred executive power to him, and wished him luck.  Todd did just fine.
There's really only one appropriate way to give Todd the recognition he deserves. 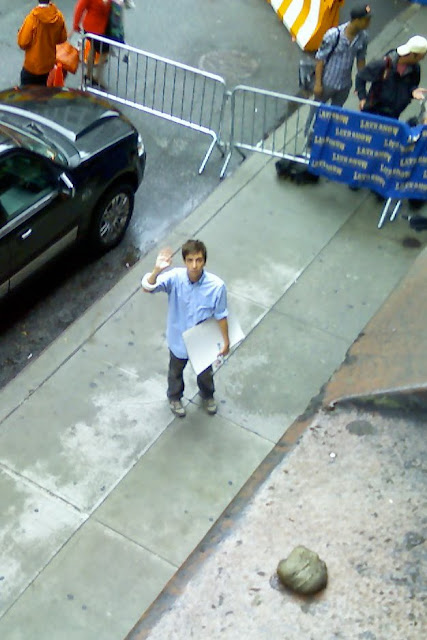 Congratulations, Todd!  You're the first non-celebrity to be featured on CelebriGum!
(I took the picture of Todd.)
Posted by Steve Young at 6:25 PM