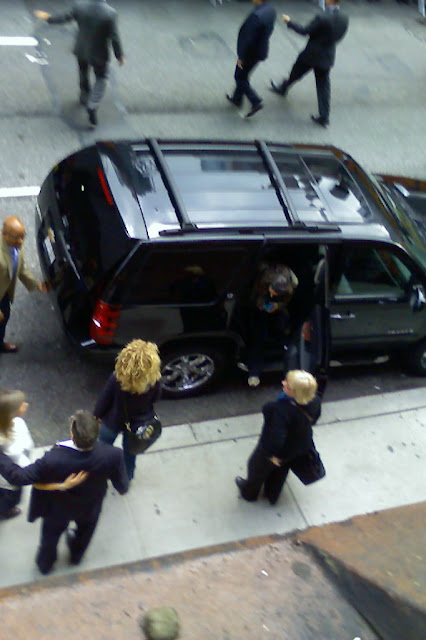 Much of Matt Damon's box office appeal depends on his having a head.  Fans would no doubt remain loyal to his decapitated body for a while, but would eventually move on to living actors able to speak, blink, etc.
This grim meditation is Matt's own fault.  He tricked me by getting out on the driver's side and bolting across the street to greet fans.  He's the middle one at the top, I'm pretty sure.
Luckily I was able to get some better shots a moment later. 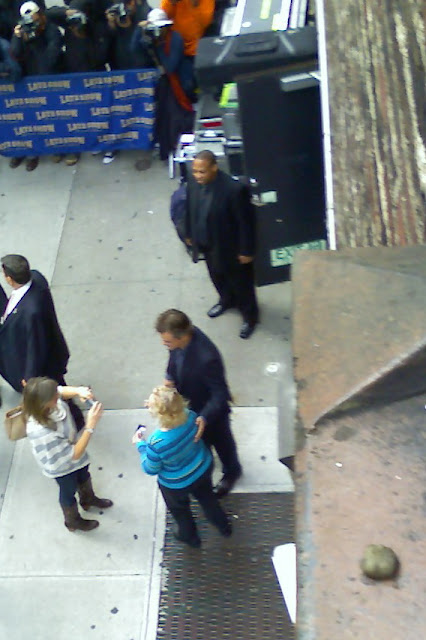