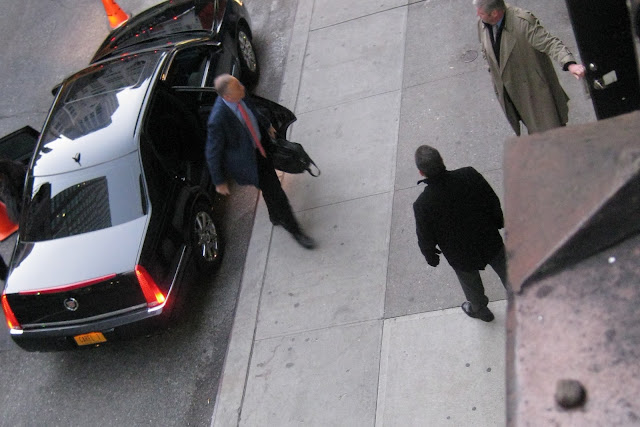 Apparently some pieces of litter have been deeply influenced by "The View."  Shortly after this photo was taken, the gum, incensed by Mr. O'Reilly's Late Show guest segment, stormed off the ledge.
It eventually returned, apologized for its hotheadedness, and promised not to become ambulatory again.  So far it has kept its promise.
Posted by Steve Young at 5:00 PM