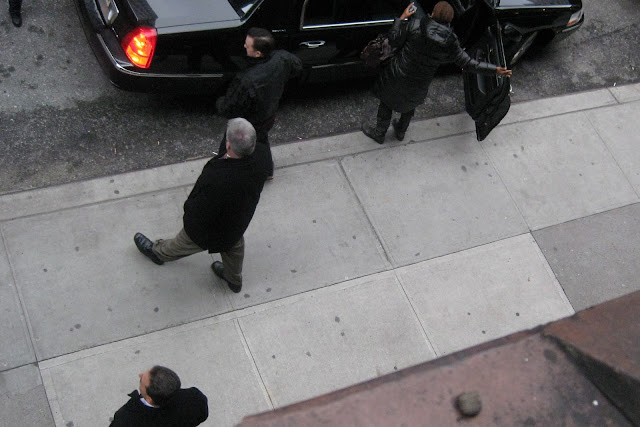 Ricky Gervais arrives to host the gala CelebriGum Awards.  Due to his cruel jokes about gum industry notables such as Jim Chambers, Kraft executive in charge of Trident, and Wrigley President Dushan "Duke" Petrovich, it's unlikely that Mr. Gervais will be asked back.
The CelebriGum Awards will be broadcast on CBS sometime later this year, or next year.
Posted by Steve Young at 4:20 PM