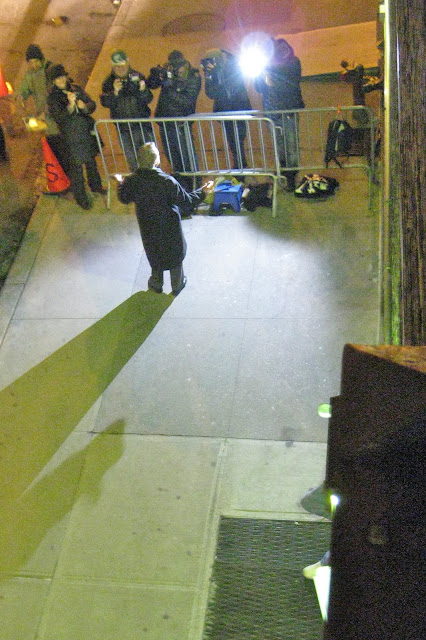 Beloved television host Regis Philbin chats with photographers shortly before his surprise announcement that he's leaving his daytime talk show.
While Mr. Philbin claims the move was his own decision, one can't help but wonder if he was pushed out by sinister corporate stooges.   More and more, America's finest television personalities are getting the axe for being too popular.  Too smart.  Too provocative.  And let's face it: too handsome.
Don't let a dirty old wad of gum outlast you, Regis!  Fight the power!
(Note: this entry was contributed by CelebriGum guest columnist Keith Olbermann, who was suddenly available for a freelance gig.)
Posted by Steve Young at 3:55 PM