During the winter, guests arriving for the second taping on Monday are a challenge.  The gum is dark; the street level is murky; my little camera gets confused.  I do like the monstrous shadows cast by the paparazzi flash, though. 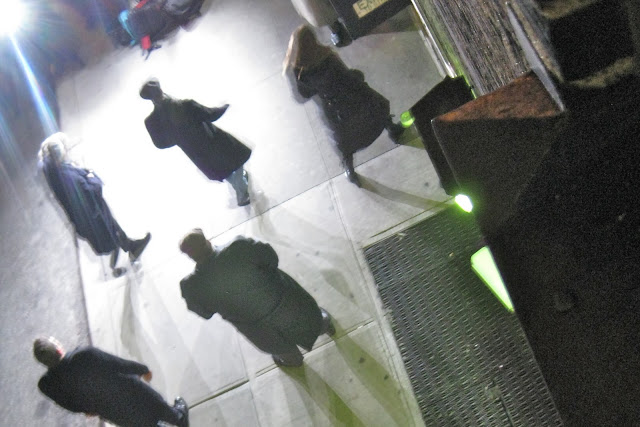 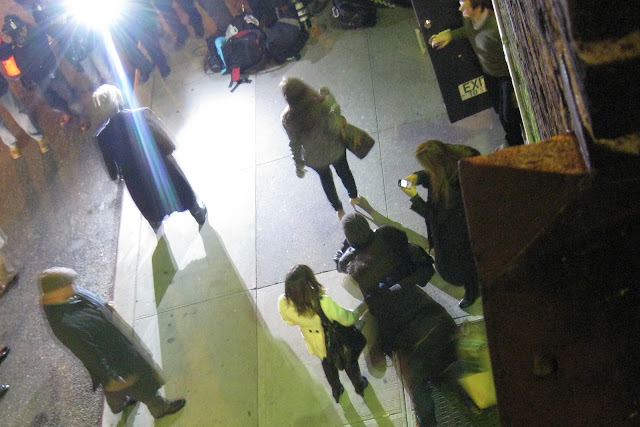 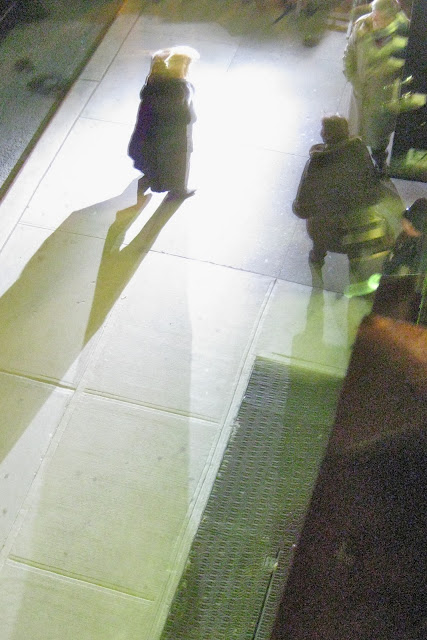 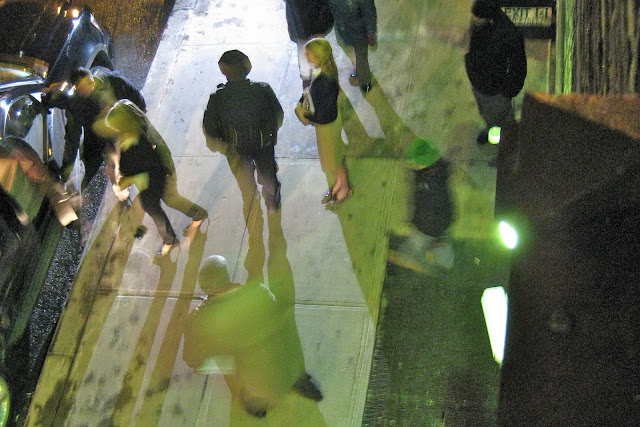 Martha Stewart (on the left, I think) 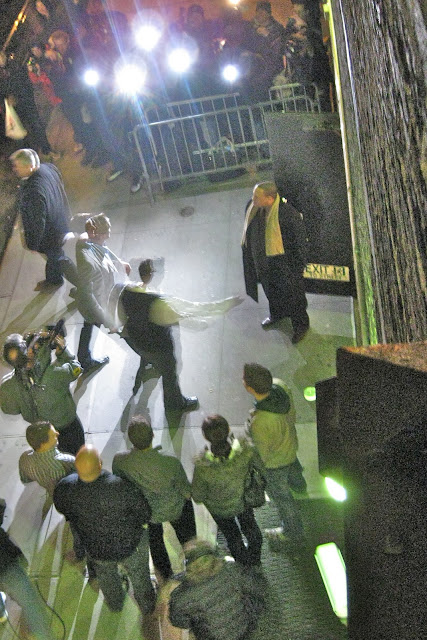 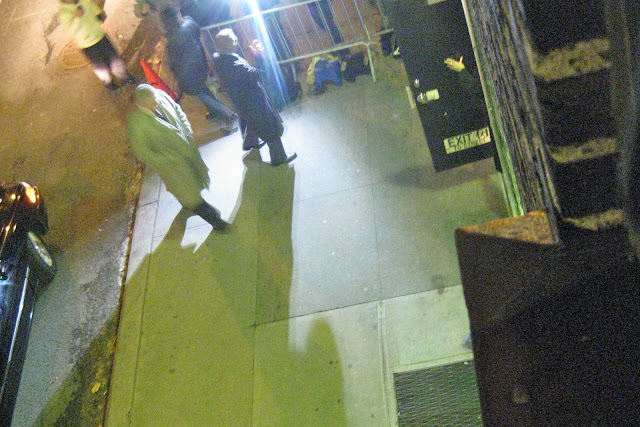 Either Regis Philbin or Al Qaeda #2 man Ayman al-Zawahiri (they were on the show the same day)
I've written to the R&D departments of both Wrigley's and Trident, pleading with them to develop gum with some sort of built-in light source, but so far the response has been deafening silence.
Posted by Steve Young at 4:47 PM