During the recent space shuttle Discovery mission, one of the astronauts leaned out an International Space Station window to snap this dramatic photo. 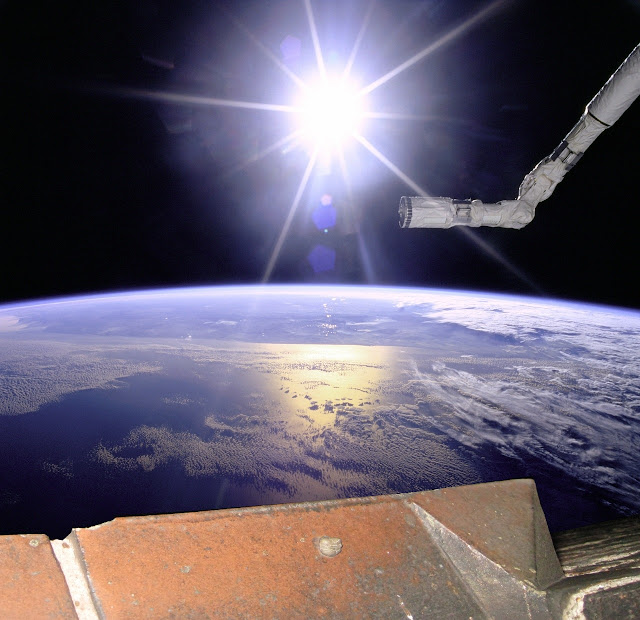 Now don't start with "there's no celebrity in the picture, it doesn't count, wah wah wah."  There are plenty of celebrities on that continent.

The crew of shuttle mission STS-133 dropped off spare parts, delivered and installed a storage module, and did some repointing work on the space station's brick facade.