To crop or not to crop?  It's a dilemma that comes up again and again in CelebriGum. 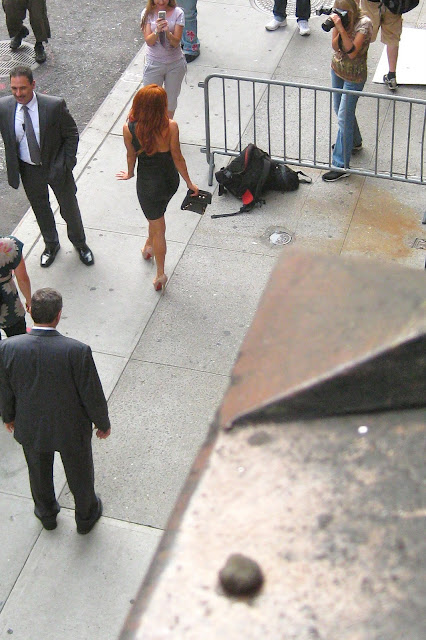 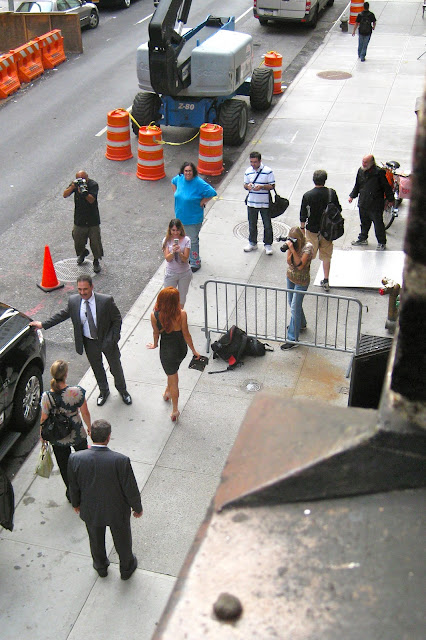 Arguments for going with the wide shot:

1. You get to see several orange objects, a crane, and at least one person who doesn't give a crap.

2. Once again, a cameo appearance by Radio Man.

3. Many other details to recall later if you're one of the rare people with hyperthymesia, the superior memory possessed by Ms. Montgomery's character on the new CBS drama "Unforgettable."

4. I don't remember the fourth reason.

Coincidentally, I happen to know one of the very few people in the world who has hyperthymesia, Brad Williams.  His brother Eric made a fascinating documentary about him, which you can learn about here.
Posted by Steve Young at 6:00 PM