To Visitors Who've Come From Yahoo or Bing Image Search:
Welcome to CelebriGum.  I hope you enjoy this photo of Ms. Ostrosky Stern, though I suspect you won't, really.  Were you hoping for a humor website based on a weird conceptual premise?  I didn't think so.
Every day for months I've been getting a steady stream of visitors like yourself, and I find it fascinating and puzzling.  If you have a moment, could you e-mail me (via the button on the right) and tell me a bit about what brought you to CelebriGum, and your reaction now that you're here?
Again, welcome! 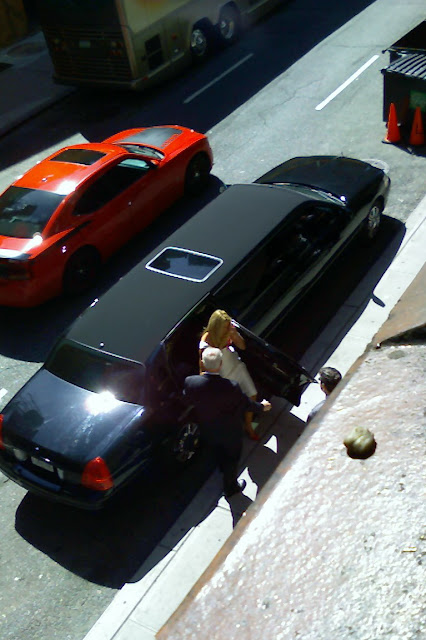 This is perhaps the best looking mediocre photo I've taken for CelebriGum.  The composition and colors seem unusually appealing.


Ms. Ostrosky Stern is an actress, television personality, author, and animal welfare activist.  She is married to actor Daniel Stern, best known for his work in the "City Slickers" and "Home Alone" films.

CORRECTION: The information about Ms. Ostrosky Stern's spouse was incorrect.  Her husband is noted architect Robert A. M. Stern, the Dean of the Yale University School of Architecture.  CelebriGum apologizes for the error.
CORRECTION: I inadvertently provided inaccurate information in the above correction.  Ms. Ostrosky Stern is actually married to former Commissioner of the New York City Department of Parks & Recreation, Henry Stern.  Again, CelebriGum apologizes for the error.
CORRECTION: Due to a research error, the previous correction contained a mistake.  Ms. Ostrosky Stern's husband is the well-known film director Oliver Stone.  Once again, apologies.
UPDATE: Pending an investigation, the entire CelebriGum research department has been placed on unpaid administrative leave.
Posted by Steve Young at 6:36 PM