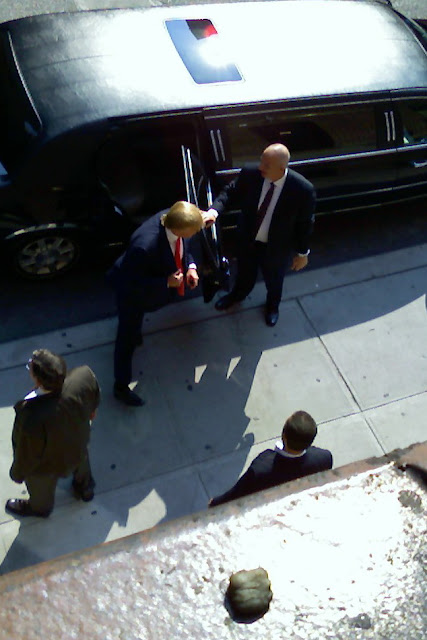 CelebriGum is marking its one month anniversary.  And today's featured celebrity, Donald Trump, is the winner of the first CelebriGum prize giveaway!
Yes, Mr. Trump, in honor of the big anniversary, CelebriGum is pleased to award you $5 cash!
Just think of what you could do with that extra cash, Mr. Trump.  Pay off debt.  Buy something nice for Mrs. Trump.  Or splurge on a treat for yourself!
You must contact CelebriGum no later than 11:59 p.m. (Eastern Daylight Time) on Monday, September 6th, in order to claim your prize.   If the $5 is not claimed by the deadline, it will revert to CelebriGum to be awarded via future giveaways as the officers of CelebriGum see fit.  Winner responsible for all taxes.

UPDATE: Mr. Trump did not claim his prize.
Posted by Steve Young at 5:44 PM