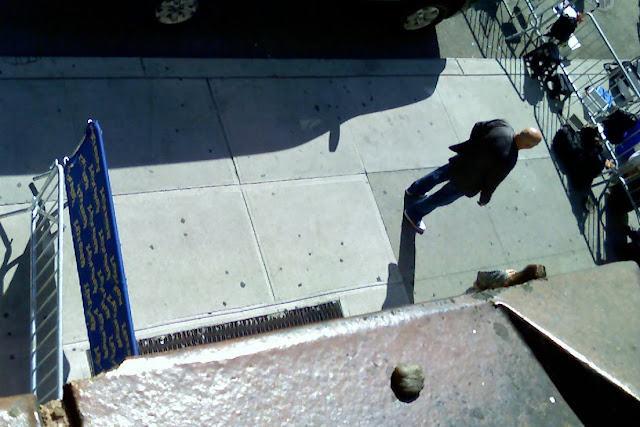 I missed his arrival and didn't see him get out of the car, but this is most likely Rick Harrison of "Pawn Stars."
There's a slight possibility it could be Paul Shaffer, or Bruce Willis, or even Britney Spears visiting the future from the day she shaved her head in 2007.
But this is all largely irrelevant.  The CelebriGum world is abuzz with anticipation over tomorrow's Late Show guest: former President Bill Clinton.
Will CelebriGum get Bill Clinton?  Or will comedy emergencies intervene?
Another consideration: If I stick my hand out the window as the former President steps from his car, will I be cut down in a hail of Secret Service gunfire?
As important as CelebriGum is, am I prepared to die for it?
Stay tuned.
Posted by Steve Young at 2:03 PM