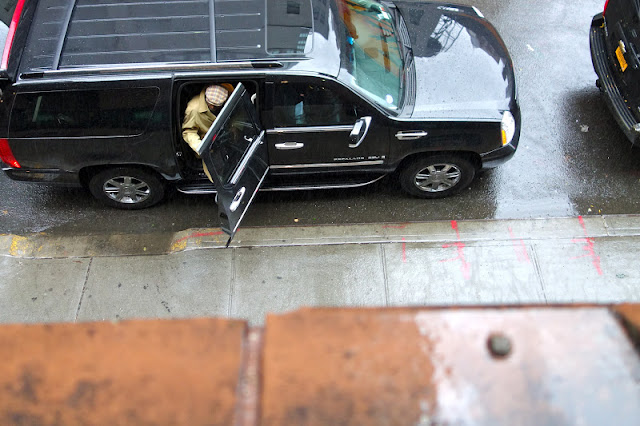 This is probably Denzel Washington. 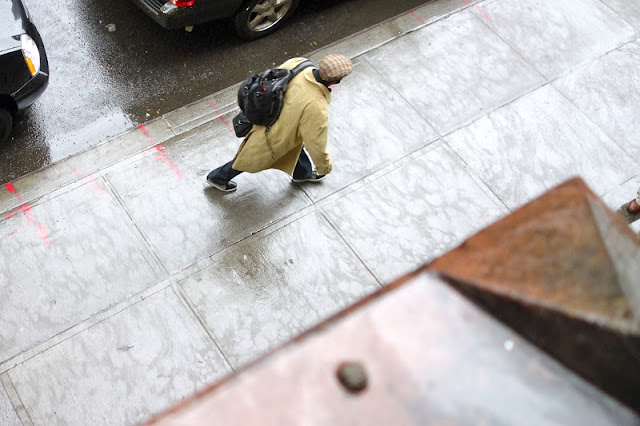 There were no paparazzi or fans to scream for him, because he was arriving during a hurricane.  So I was missing some of my usual cues, and the hat didn't help. 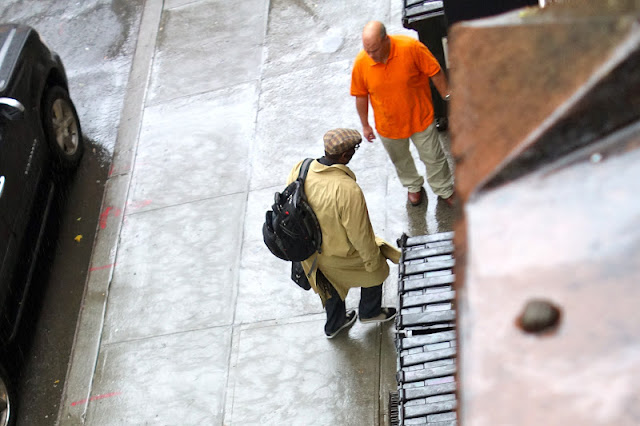 But the shoes look similar to the ones he wears in this paparazzi shot from the last time he was on the show. 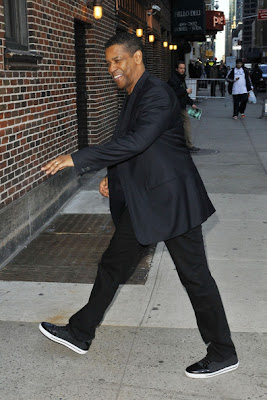 Denzel Washington was the lead guest for Monday's Hurricane Sandy show.  It was a very interesting show because there was no audience.  Here's a sample.

As entertaining as Denzel was, the hurricane was the star of the show today. 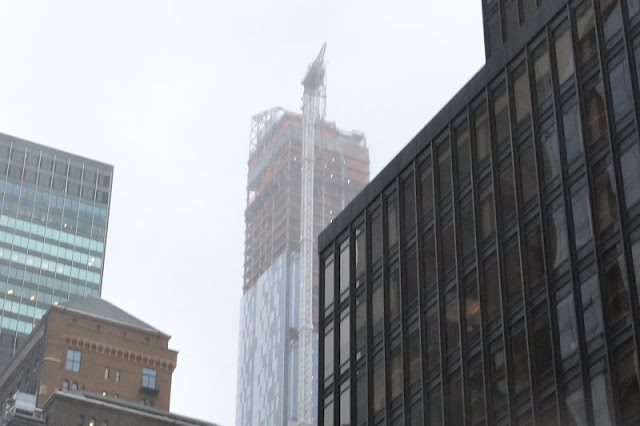 As Dave and Biff Henderson discussed during the show, the storm damaged this crane at a skyscraper under construction on 57th Street.  A large section was dangling, causing the evacuation of surrounding buildings and the blocking-off of streets. 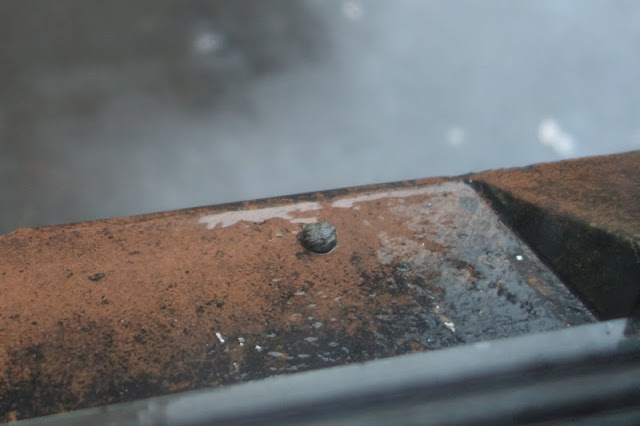 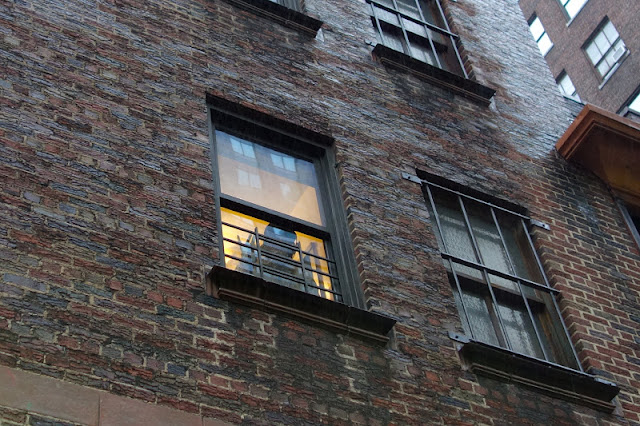