CelebriGum welcomes a special guest commentator: Karl Rove, a Republican Party strategist with some time on his hands. 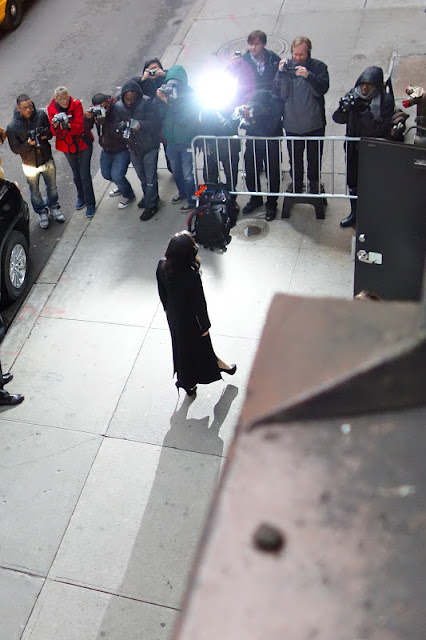 "Very nice. I like the dramatic flash and the shadow. It would be terrific if Ms. Margulies were to turn around so we can see her face. I predict that will happen in the next photo." 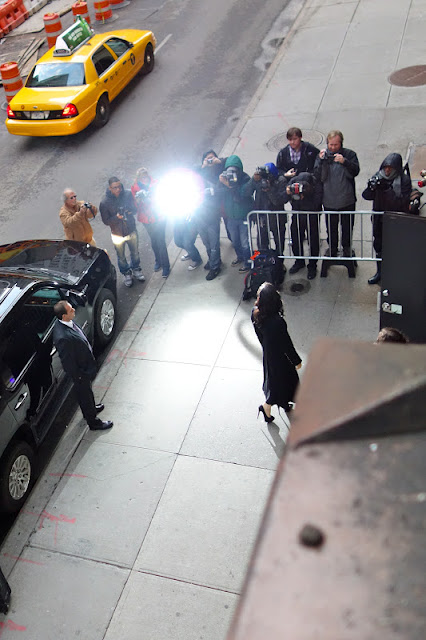 "Another nice flash and shadow shot, and the cab adds gritty New York flavor. Okay, she didn't turn around yet, but it's way too early to say she won't do it." 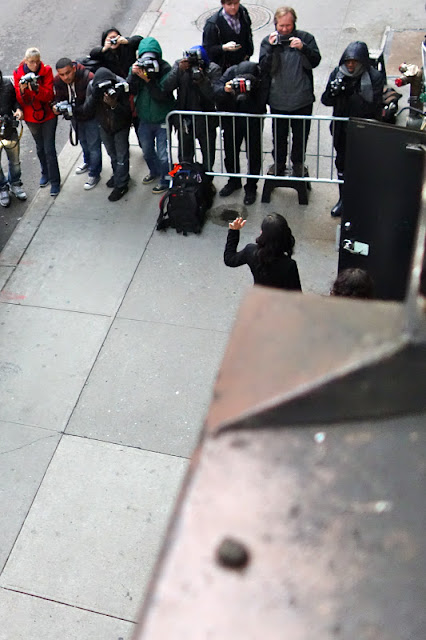 "Let's not panic about her failure to turn around.  There's one more photo in this entry.  I'm confident she'll turn to face the camera.  I'm hearing good things from my people." 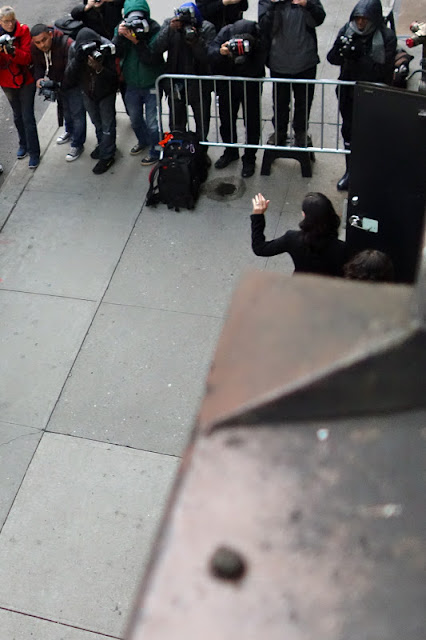 Wow, it's really not Karl's month.

Anyway, Karl, thanks for helping out!