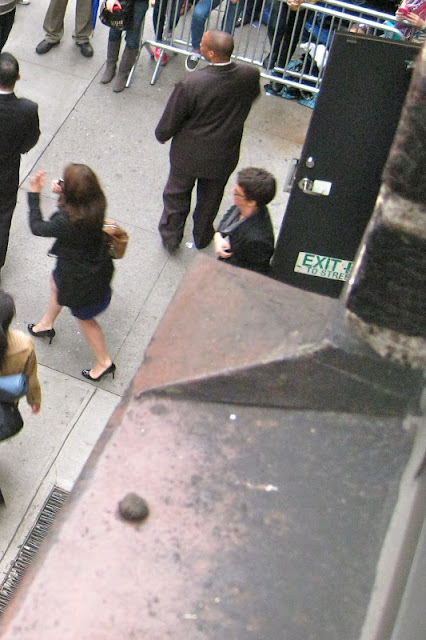 In the next photo, Ms. Maddow will have emerged from behind the window ledge, revealing her brightly colored shoes.  Take a moment now to jot down your guess.

Hint: it's the color Ms. Maddow would like to see states turn on electoral maps on Tuesday night.

Additional hint: Ms. Maddow is known to be politically left-leaning.

Additional hint: the Democratic party is the major U.S. political party generally associated with the "left."

Did you make your guess yet?  (You're not one of those undecided voters, are you?)

How much longer can I delay the reveal?

Additional hint: a "hint" is an indirect clue or suggestion.

That wasn't really a hint, was it?  Sorry.  Here are Rachel Maddow's shoes. 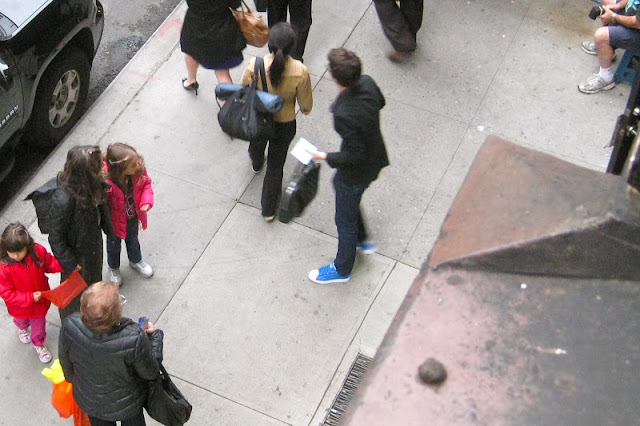 Good luck to all maps, states, and colors on Tuesday, and thanks to everyone who played or pretended to play!