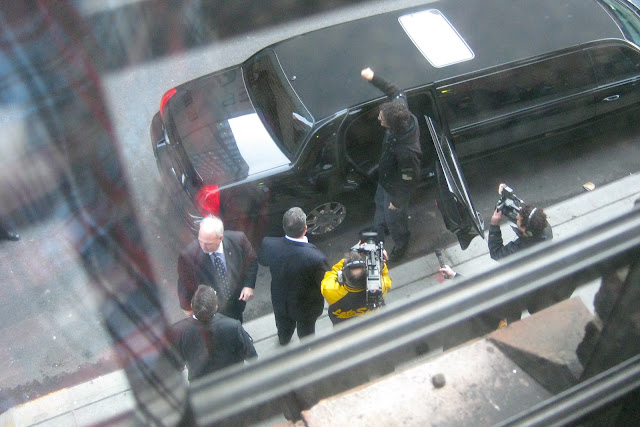 Howard arrived when I was away from the window.  Eric Stangel graciously stepped in and snapped a couple pictures.  Thanks for helping out, Eric!  And hey, nice plaid shirt! 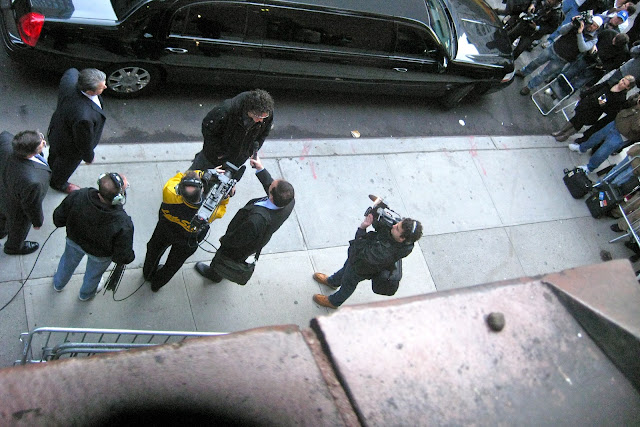 I came back and took over.  But as I continued shooting, I noticed a strange black shadow along the bottom of the frame, as if an eclipse was starting.  I brushed at the front of the camera, knocking something free. 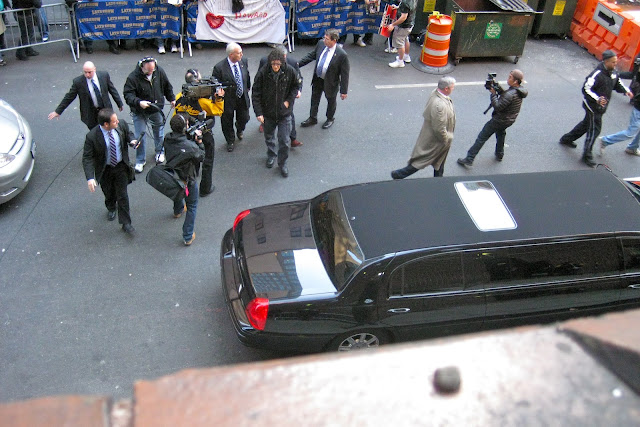 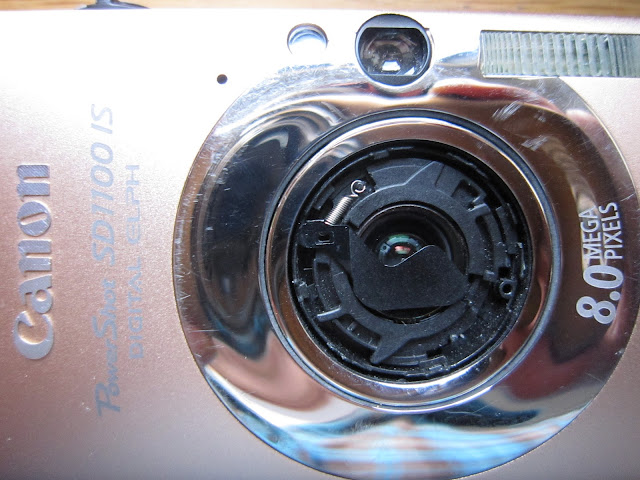 Only after Howard was inside did I noticed that a piece of the camera was now missing.  I'd apparently knocked it partway loose when I was hurrying to get the camera out through the bars of the window.  (Hey, nice plaid shirt, Steve!) 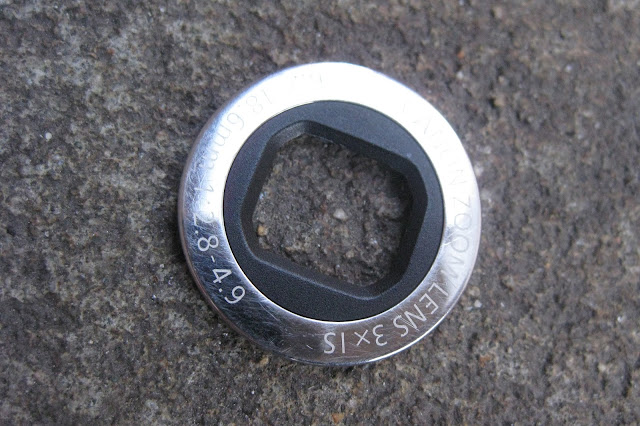 On my way back to the office I found this piece on the sidewalk.  Luckily it's mostly decorative, though the lens is now largely unprotected when the camera is off.

The gum has outlasted many things.  It looks like it may outlast this camera.