The First Lady!  What a feather she would be in CelebriGum's sooty gray cap!  But by the time I got over to the theater, she had already arrived.  Late Show security told me I might be able to take pictures later as she left, but that I shouldn't open the window.

I was wanded, as was everyone else going in.  Even intern and occasional CelebriGum guest photographer Justin Tasolides wasn't exempt. 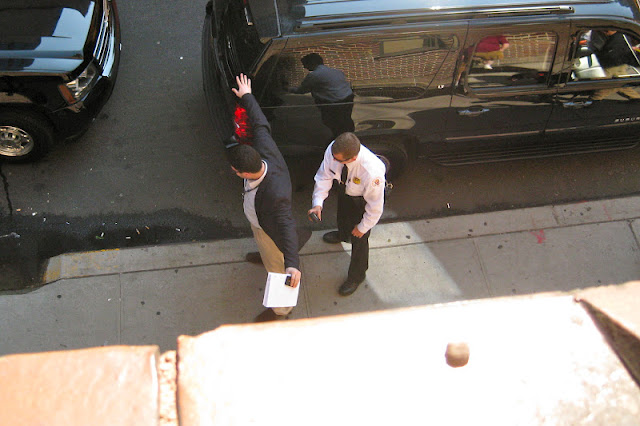 As the First Lady's final segment was ending, I returned to the theater.  A large crowd had gathered on 53rd Street. 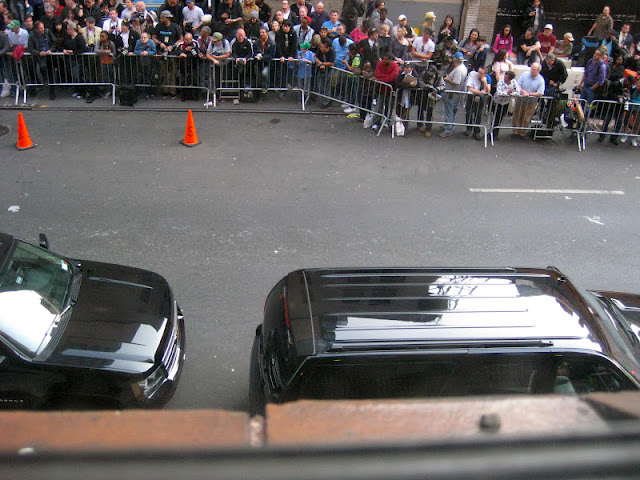 I mentioned my plan to photograph the First Lady to one Secret Service agent, and got the okay.  But a moment after I took the photo below, the man by the front of the diagonally-parked SUV saw me and glared.  I displayed my harmless little camera and smiled hopefully, but he apparently was not a CelebriGum fan.  He vigorously gestured for me to move away from the window. 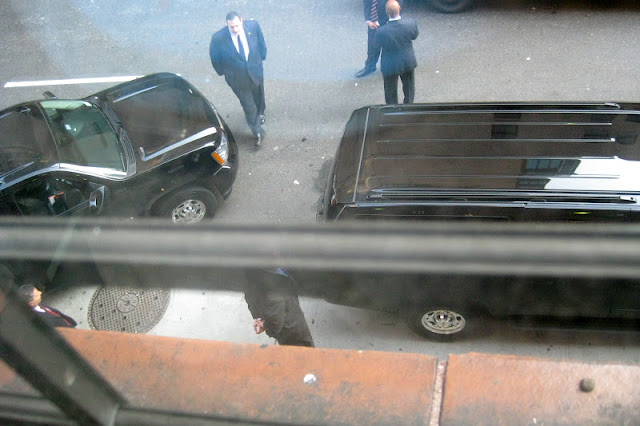 I decided CelebriGum wasn't worth dying for.  I complied.

Shortly thereafter, I heard cheers as Michelle Obama came out.  I boldly took a photo of her SUV as it pulled away. 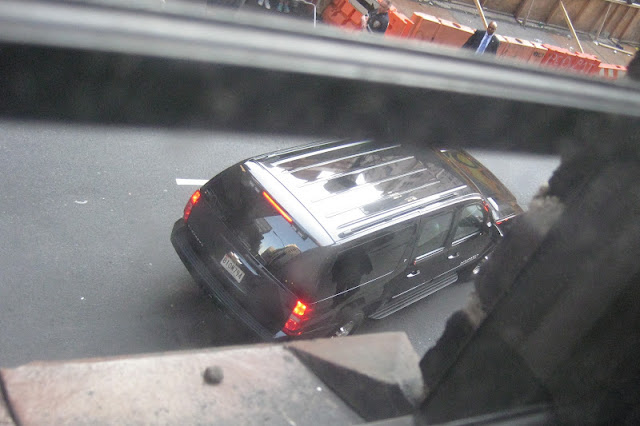 Due to these extraordinary circumstances, CelebriGum is forced to present this simulation of the First Lady with the gum. 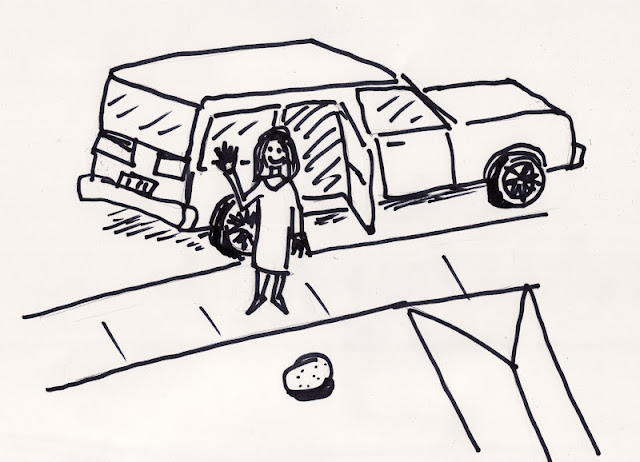 My apologies to Michelle Obama, the President, and the entire Obama family.  Also to the Chevrolet division of General Motors.