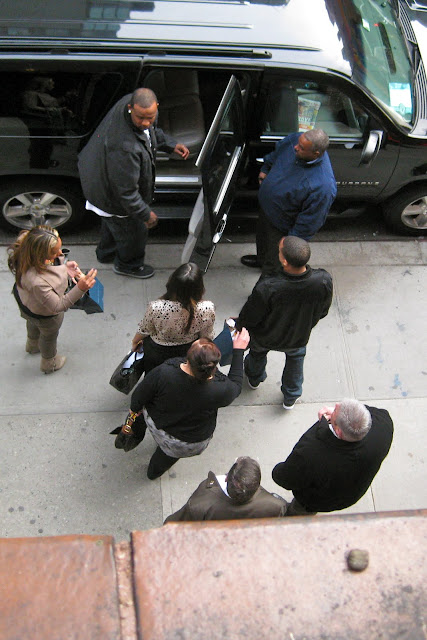 A perfectly decent CelebriGum shot of the great Yankee hurler as he was leaving.
When he arrived, I was walking from the office building to the theater.  Even though it wouldn't be a CelebriGum picture, I decided to grab a photo anyway. 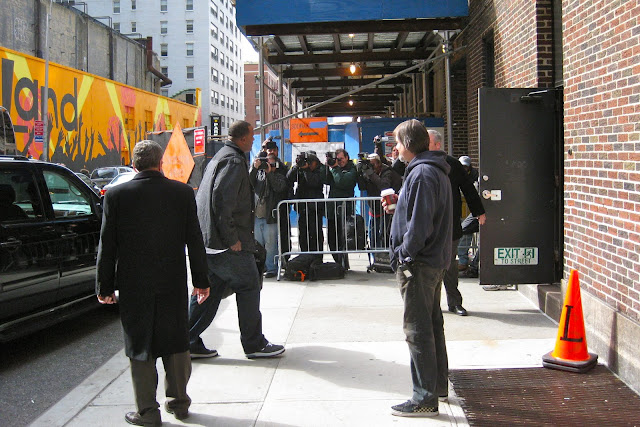 Later it occurred to me, if I was taking his picture at the same time as the paparazzi shooting in the other direction, you don't suppose…?
Sure enough… 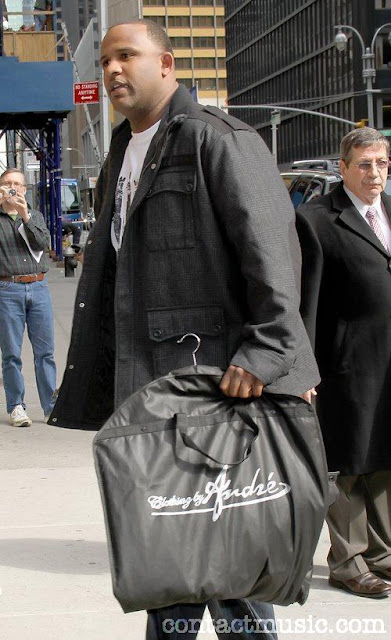 Ladies and gentlemen, it's yours truly in the plaid shirt and jeans.  The hunter has become the hunted.  Or if not exactly the hunted, maybe roadkill.
Posted by Steve Young at 5:04 PM