Some CelebriGum photos are right on the line.  Is there enough celebrity content to put the Celebri- in CelebriGum?  Usually the decisions are handled by the CelebriGum Board of Directors or the U.S. 2nd Circuit Court of Appeals, but occasionally a really tough one goes all the way to the Supreme Court.
Here are a few recent rulings by the High Court, with excerpts from the majority and minority opinions.  Warning: controversy ahead!
BEN STILLER    COURT RULES 6-3 THAT IT IS A CELEBRIGUM PICTURE 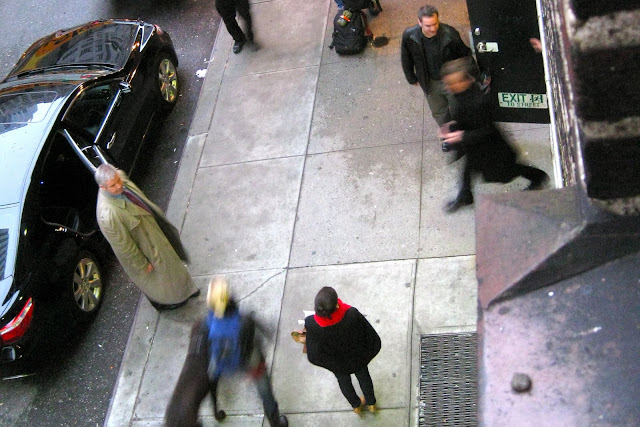 From Stephen Breyer's majority opinion: "The framers of the Constitution never intended for blur to be a CelebriGum disqualification.  We see ample precedent in the lousy Tom Selleck and Hilary Swank entries.  While the Ben Stiller photo is unfortunate, to deny it CelebriGum status would set us on a dangerously slippery slope."
From Antonin Scalia's minority opinion: "I have to call bullshit on this one.  I saw "Night At The Museum" and Ben Stiller was not blurry. I'm not convinced it's him in the photo. As far as case law precedent goes, I think there's something in Marbury vs. Madison."
DAVID ARQUETTE    COURT RULES 7-2 THAT IT IS NOT A CELEBRIGUM PICTURE 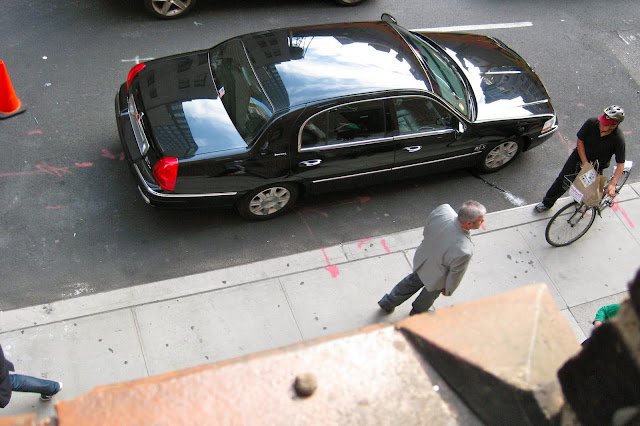 From Clarence Thomas' majority opinion: "Nope."
From Anthony Kennedy's minority opinion: "I can't tell if that's David Arquette in the back seat.  But I like the odd detail of the food delivery guy.  Maybe not all the photos have to have celebrities!  Wouldn't that make it a lot easier?"
KEITH OLBERMANN   COURT RULES 6-3 THAT IT IS A CELEBRIGUM PICTURE 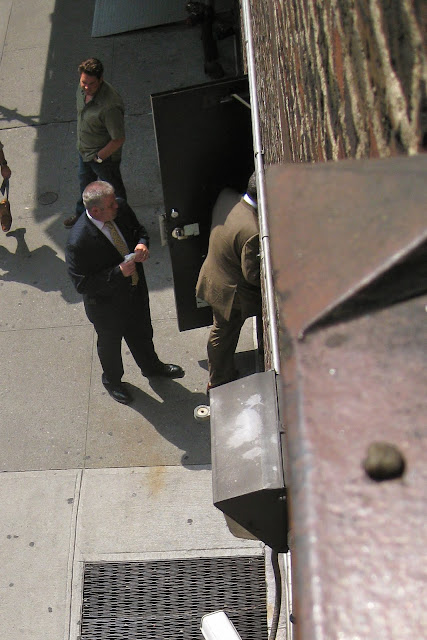 From John Roberts' majority opinion: "There's the gum, there's the celebrity--case closed.  How many more of these do we have to look at?"
From Elena Kagan's minority opinion: "Would it have killed Steve to be ready at the window just a few seconds earlier so he could have gotten Keith's face?  I don't think we should reward his lack of preparedness."
FORD PRESIDENT & CEO ALAN MULALLY   COURT RULES 5-4 THAT IT IS NOT A CELEBRIGUM PICTURE 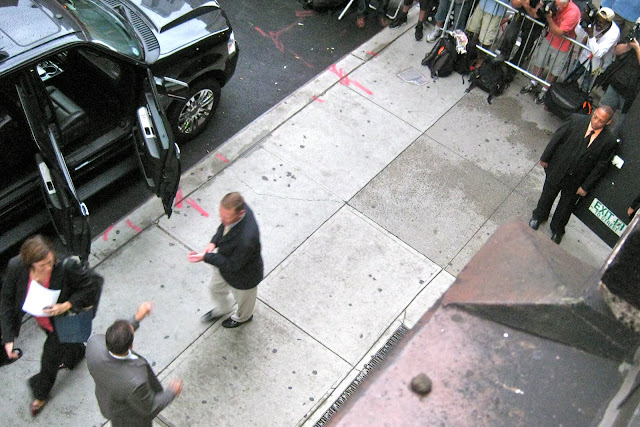 From Samuel Alito's majority opinion: "I've been a CelebriGum fan since the beginning, and I don't think the head of a car company is a celebrity in the CelebriGum sense.  And though it's not as bad as the Ben Stiller picture, he is blurry.  Verdict: fail."
From Ruth Bader Ginsburg's minority opinion: "Come on, you idiots!  If we play this right, we could all get free Mustangs!  Or at least some free Dentyne!  Vote yes and let's git 'er done!"

My sincere thanks to the nine Justices for ignoring the country's more pressing legal questions in order to help CelebriGum.
Posted by Steve Young at 6:03 PM