This is Radio Man. 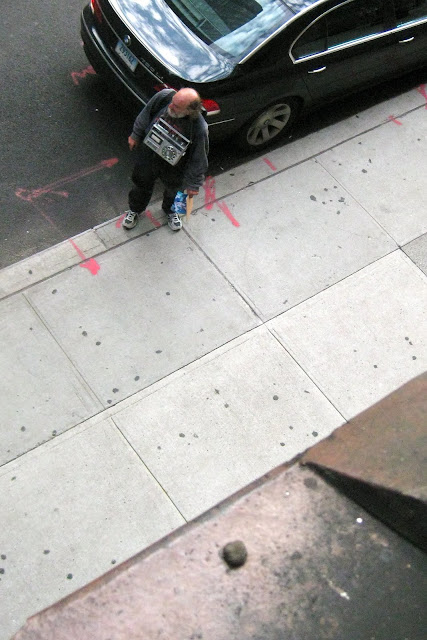 He's a formerly homeless man who's become a New York television and film institution.  He's friends with many celebrities, is plugged into all sorts of inside information, and has had cameo roles in shows and films such as "30 Rock," "Elf," and many others.  You can read more about him here and here.
Radio Man sometimes hangs out on 53rd street to schmooze with the celebrities.  I realized that he's in several CelebriGum photos. 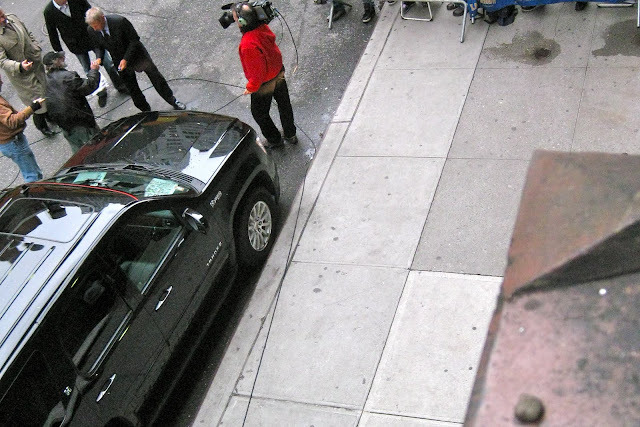 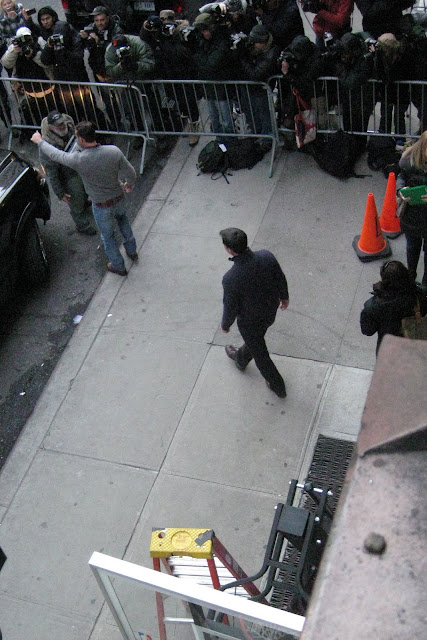 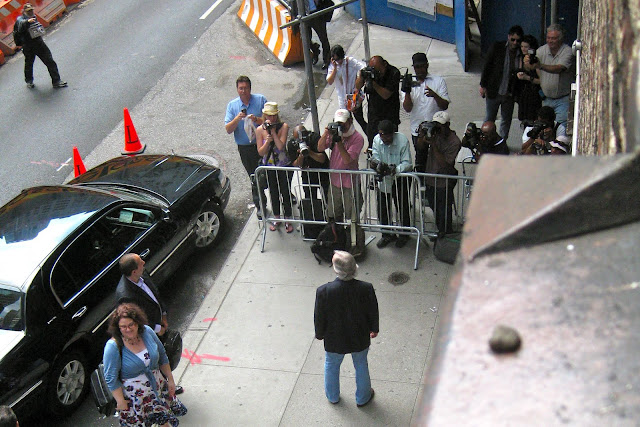 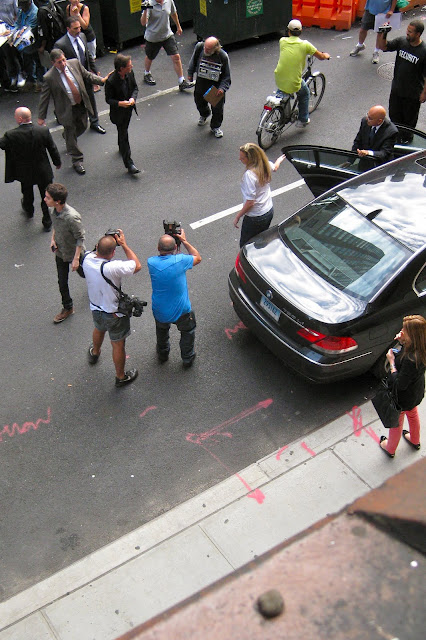 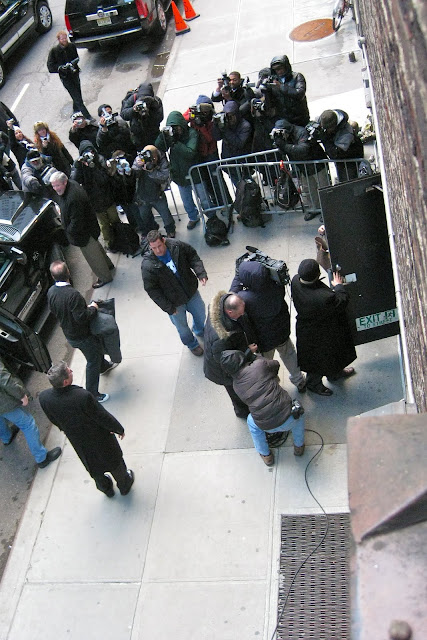 Extra challenge: Find Radio Man in a CelebriGum picture posted sometime during the month of August!

Super-difficult bonus challenge: determine whether the radio is set to the AM or FM band and what station it's tuned to, using military-grade photo enhancement technology, or by squinting!