Congratulations to Blake Lively and Ryan Reynolds!  It's the first CelebriGum marriage! 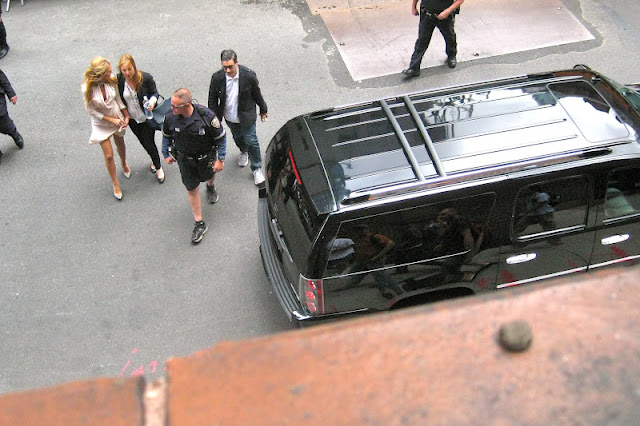 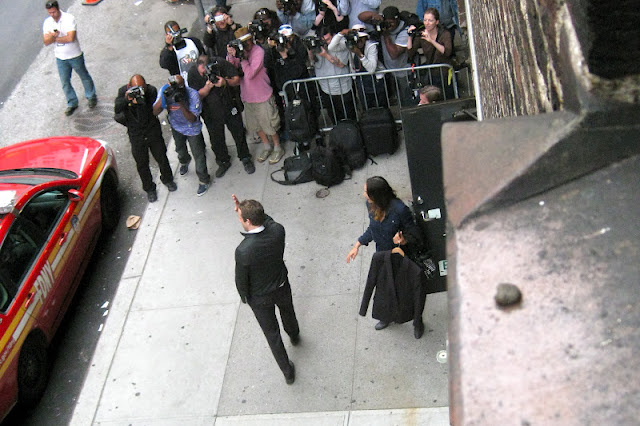 Their wedding this past weekend in South Carolina was the culmination of a fairytale romance that began last December at the annual CelebriGum Celebrity Reception.  Held in the Grand Ballroom of 1 CelebriGum Plaza, it's a chance for the year's CelebriGum subjects to mingle, enjoy complimentary hors d'oeuvres, and swap memories of favorite CelebriGum entries.

I deeply regretted missing the wedding, which I'm told had a hilarious yet tasteful old gum theme.  I had a prior commitment: I was accepting the Dentyne Image Award at the Global Gum Infotainment Symposium in Bern, Switzerland.  However, I sent my well wishes in a letter which was read aloud at the reception by Bette Midler. (Thanks, Bette!  Hope to photograph you with the gum soon!)

If I've accomplished nothing else with this silly project, at least I've helped two soulmates find each other.  Blake and Ryan, may your love be as long-lasting as old gum on a window ledge.