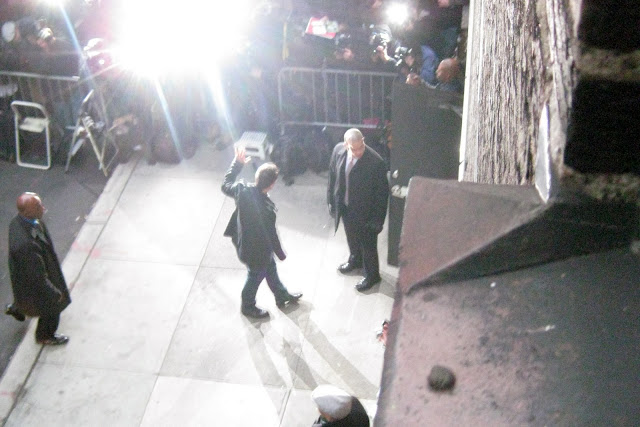 Tom Cruise arrives at the Ed Sullivan Theater to film the CelebriGum Super Bowl commercial, which will air during the second quarter of the game on February 5th.
I paid NBC $3.5 million for the 30 second spot, plus about a million more to hire Tom and shoot the commercial.  It now occurs to me that this may have been a terrible idea, since CelebriGum doesn't sell anything.
Oh well.  Live and learn.
COMPLETELY SERIOUS P.S.: During halftime of the Super Bowl, I will reveal the answer to the question that has been asked ever since the dawn of CelebriGum: who chewed the gum? I thought it would be a mystery forever, but new information recently came to light, and it checks out.  Watch this space.
Posted by Steve Young at 6:47 PM