CelebriGum: right in the middle of global politics.

In recent months, embattled French President Nicolas Sarkozy has neglected his re-election campaign and his official duties in favor of jetting over to the U.S. and staring at "Smash" star Debra Messing.  There he is on the upper left. 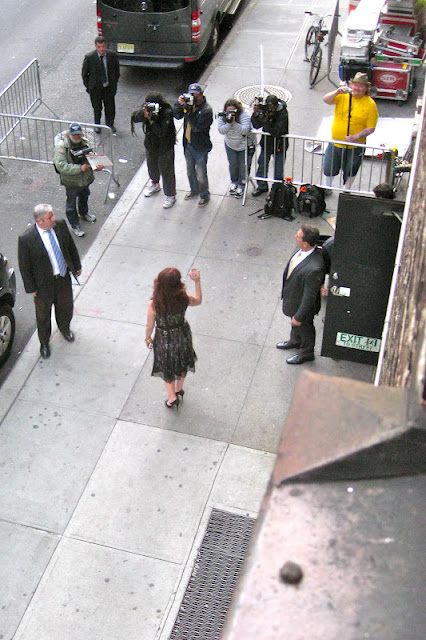 So far it's just staring.  But understandably, Debra is a little rattled, and she's contacted the French Consulate about it.  Mr. Sarkozy's wife Carla Bruni is also concerned.  And the French voters are clearly losing patience. 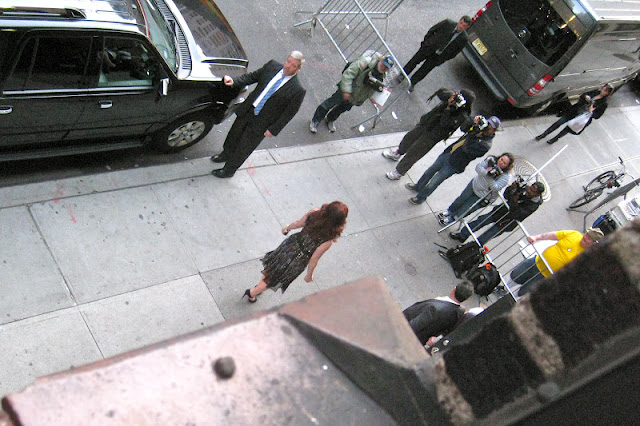 Mr. Sarkozy, if you intend to defeat your moderate Socialist rival Francois Hollande in the May 6th run-off election, you need to focus.  Go home, campaign, and run your country.  Quit lurking around our entertainers and being weird.