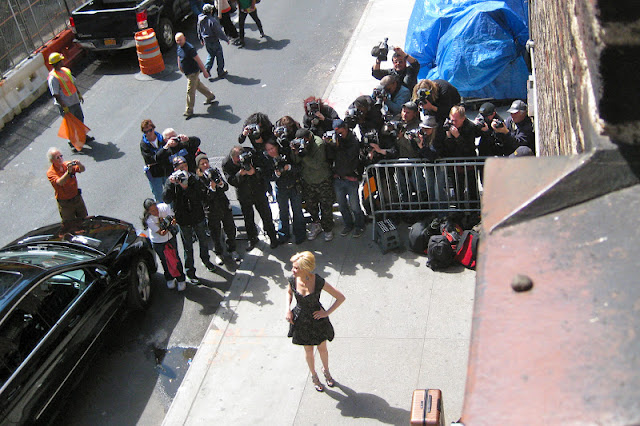 Reposting this from the New York City "Missed Connections" section of craigslist.org.

I don't think you even saw me, as you were busy posing for the paparazzi outside the Letterman show.  We were friends for a few months in 2003 on that highway project outside Trenton.  I was the flagman; you were running the bulldozer.  I was struck by your beauty as well as your skill with heavy equipment, but to nobody's surprise you became a Hollywood star and left roadwork behind.  I came to 53rd Street that day hoping to get my orange flag autographed and just maybe we'd talk and see where it led, but in the end I was too shy to approach you.  Drop me a line if you want to catch up and talk about acting or overpass construction or whatever.

Ms. Banks was so pleased by her CelebriGum appearance that she replied to the flagman here.
Posted by Steve Young at 6:48 PM