Led Zeppelin!  Even though they were visiting the Late Show just to talk, not to play, the ghost of my 17 year old self was excited.  Because after all, Led Zep Rules. 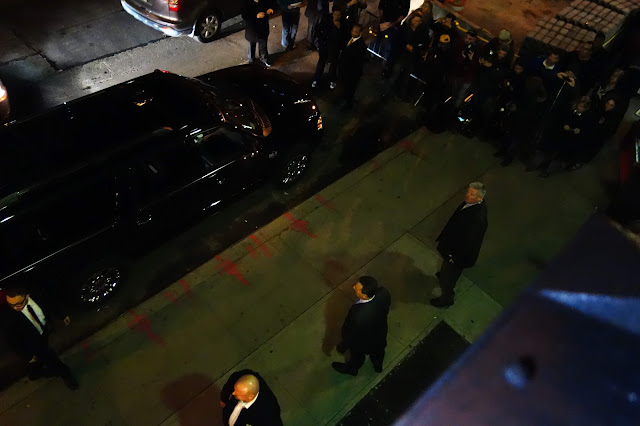 Robert Plant is not in this picture.  I reflexively snapped a couple photos when I heard fans call "Robert!  Robert!"  However, he had exited the theater via another door.  He dashed into his SUV before I could spot him. 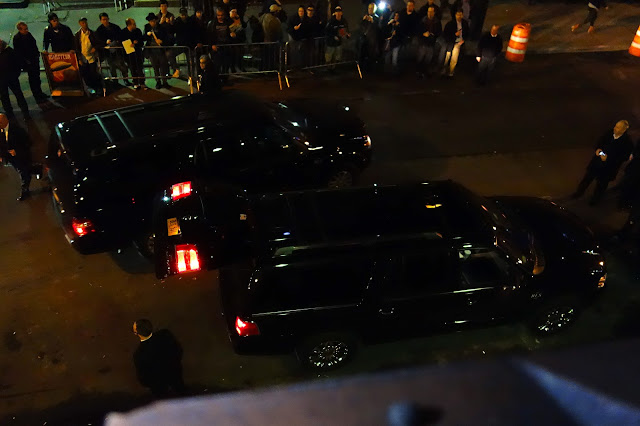 Robert Plant's SUV driving away.  A fan yelled, "Thank you, Robert!"  Perhaps the guy was referencing a favorite Zeppelin song, "Thank You," side one track four on 1969's "Led Zeppelin II," but there's a strong possibility the guy was being sarcastic. 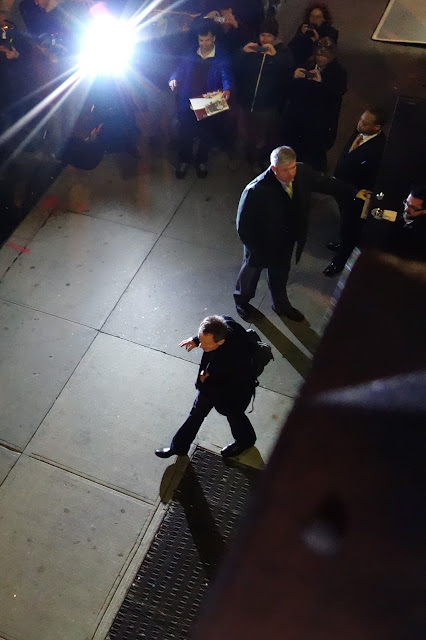 Led Zeppelin's bass player and keyboardist exited through the expected doorway, allowing paparazzi to get some "Jonesy" photos. 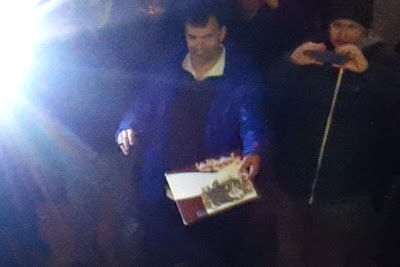 However, this fan hoping for an autograph on his copy of "Led Zeppelin II" was disappointed.  It's perhaps worth noting that in addition to "Thank You," "Led Zeppelin II" also includes the classic "Heartbreaker." 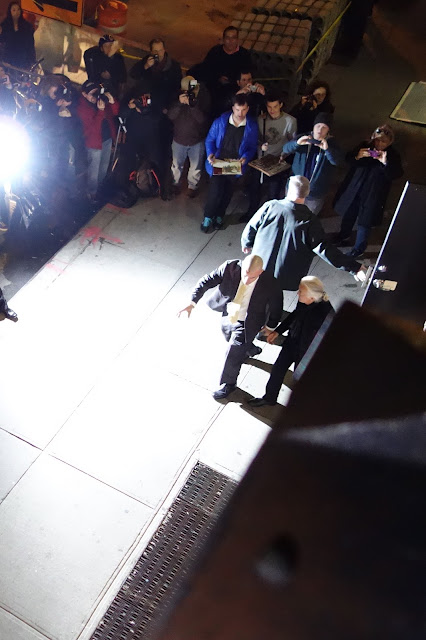 The legendary guitarist, his white hair pulled back in a ponytail, emerges from the stage door. 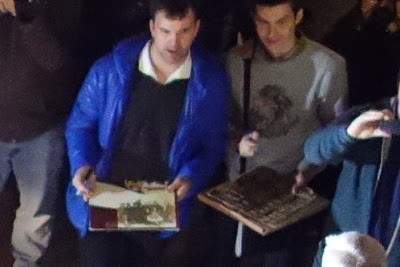 The fans must have realized that autographs were a long shot.  It's Led Zeppelin, dammit, and when you're Led Zeppelin, you have to "Ramble On" and go "Over The Hills and Far Away" ...oh, forget it.

One more Jimmy Page photo, because we can't assume he'll ever come back to the Late Show. 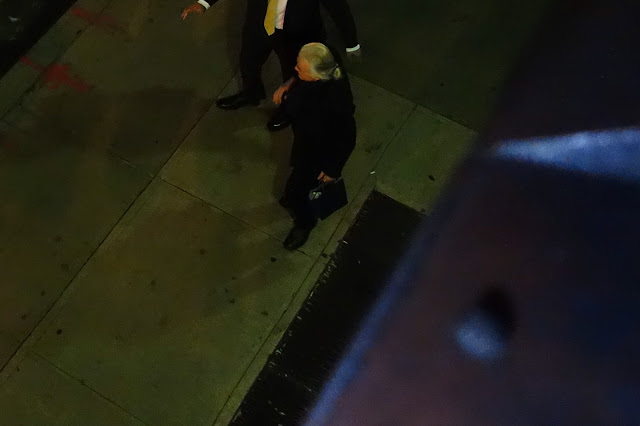 For Presidents Day, I may recycle this one as a CelebriGum simulation of George Washington. 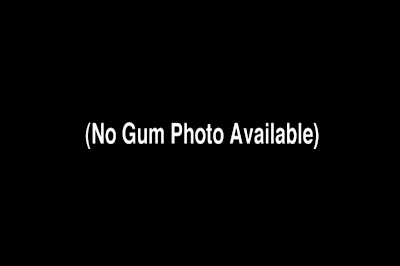 Mr. Bonham, Led Zeppelin's drummer, passed away in 1980.  To be honest, I had very little in the way of expectations here.

Go home, fellas.  It's all over.  John Bonham is not coming out.

So there's your Led Zeppelin, still turning out the fans decades later.  Friday's musical guest is the British boy band One Direction.  Will fans still be clamoring for their autographs forty years from now?

All I can predict about the year 2052 is that the gum will probably still be on the ledge.