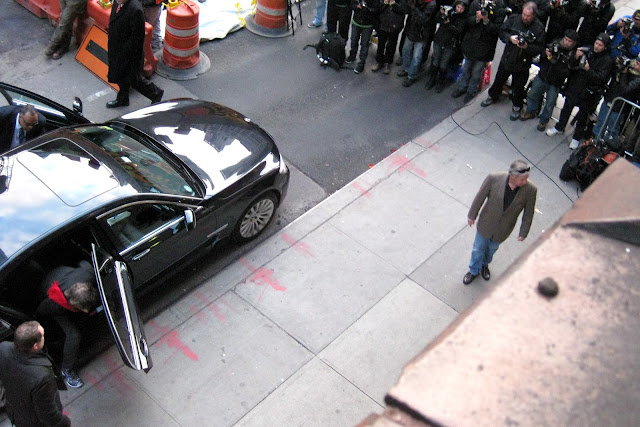 The calm before the storm, with only the flash of red scarf giving a clue to the intensity of what's coming. 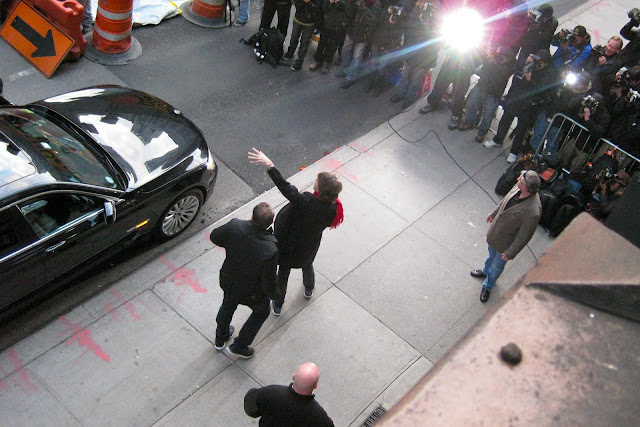 Wow!  Impressive opening salvo!  Yes, plenty of celebrities wave.  But look at that angle, that extension!  That's a big hand, and Mick knows how to deploy it. 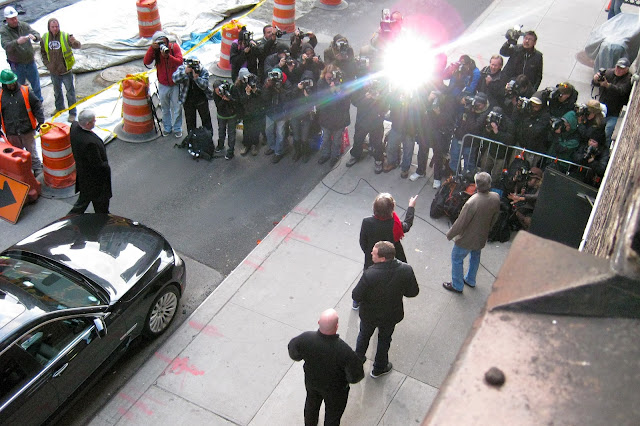 Start of the paparazzi pointing sequence.  You there!  I'm indicating you! 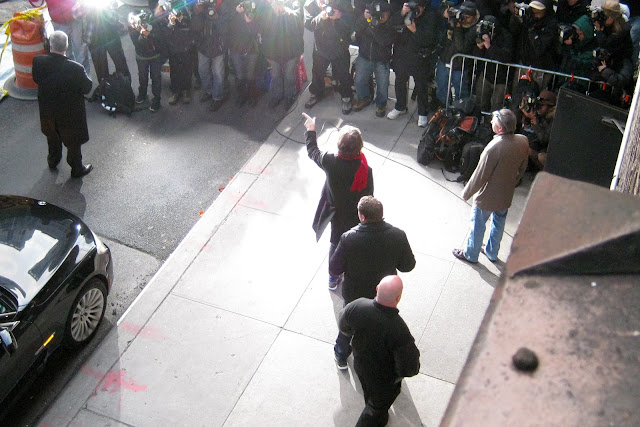 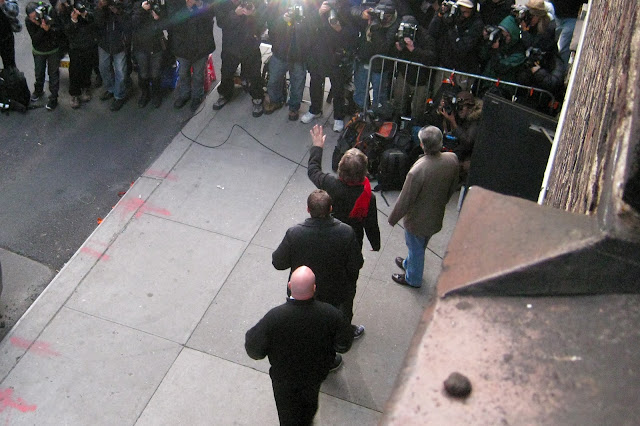 Another wave.  Again, not reinventing the wheel, but the crisp form and the classically proportioned finger-spread are masterful. 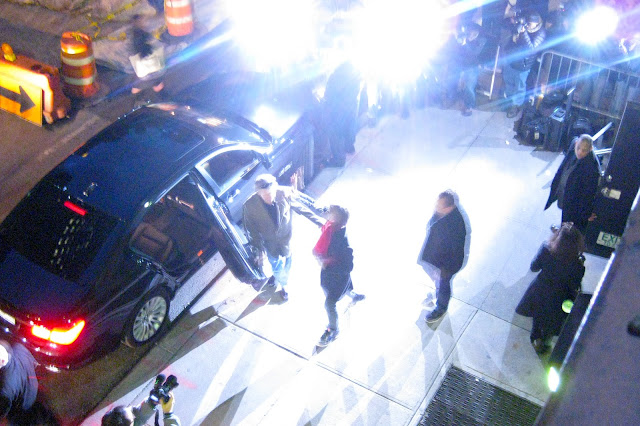 The exit.  Still waving after his high-energy Top Ten presentation!  I'm a much younger man, but even I had trouble keeping up with Mick: I almost didn't get the gum in this shot.


Thanks, Mick.  I got satisfaction.