What a week for the Late Show, and for the gum!  We started with Led Zeppelin on Monday, and finished out on Friday with the five member British singing group beloved by legions of teenage girls.  Here's the deal: a few mediocre photos, then a story and an awesome photo at the end. 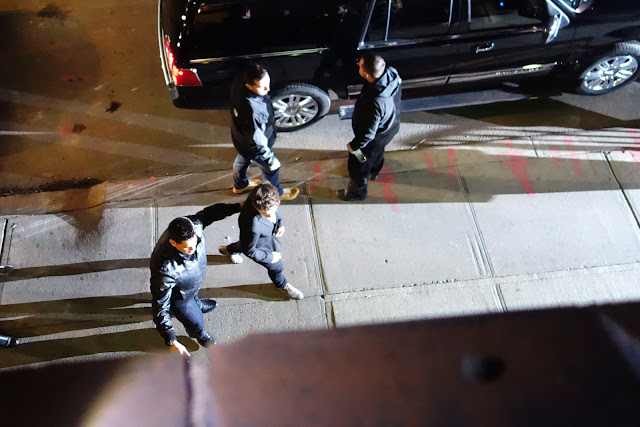 One of the Unidirectionals arriving. 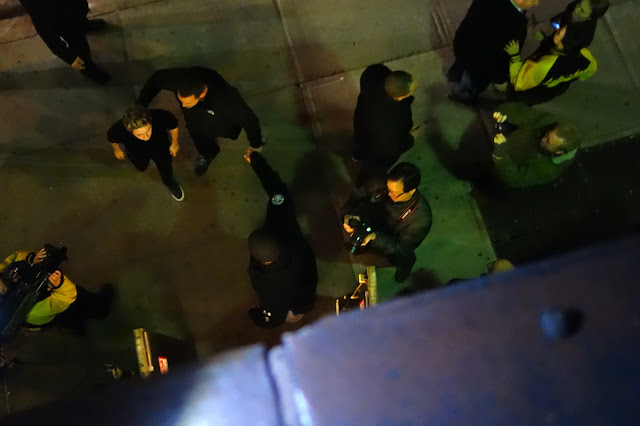 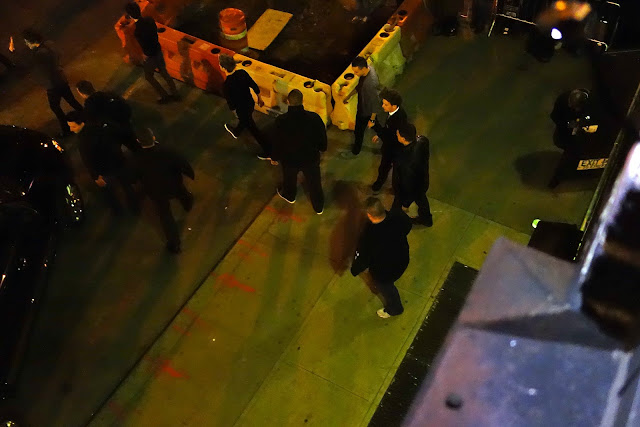 Leaving.  53rd Street was blocked off, and there were throngs of screaming teenage girls behind barriers.  In the years ahead, many of them will suffer from tinnitus. 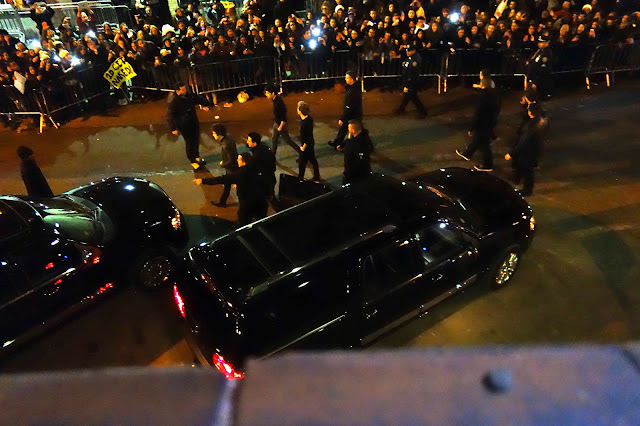 Note the "1 D Get Naked" sign.  The request was not honored.

After the group came in, they took an elevator up to their fifth floor dressing room.  However, for some reason the elevator stopped on the second floor and the door opened right next to me.  I'm standing there looking at one of the One Direction guys waving his arms and singing "Party in the lift!  Party in the lift!"  As the doors close, I loudly correct him: "It's an elevator!"

So much for the U.S.-Great Britain "special relationship."

And now, the awesome photo.  As is often the case with my better photos, luck and/or incompetence were involved. 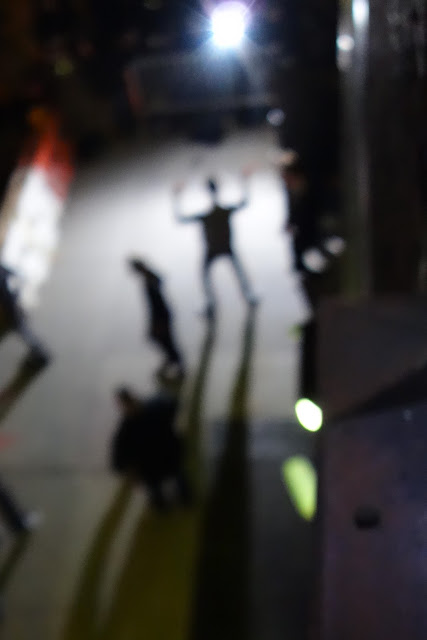 Again, I have no idea which one that is with the "Party in the lift"-style upraised arms.  Marlon?  Tito?  Jermaine?  You girls figure it out.