This is Todd Seda, one of the Late Show's cue card guys.  You may have seen his work here before. 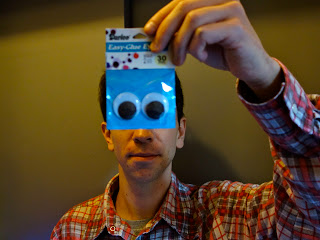 Once again, Todd stepped up when I couldn't be at the window, and this time he really outdid himself. 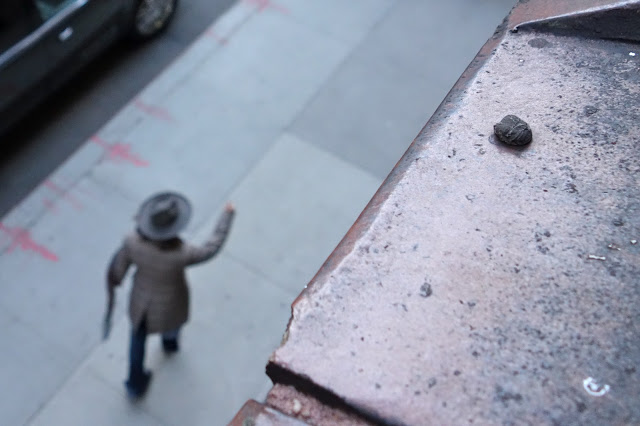 A bleak classic, making masterful if accidental use of the sharp gum/out of focus celebrity effect. 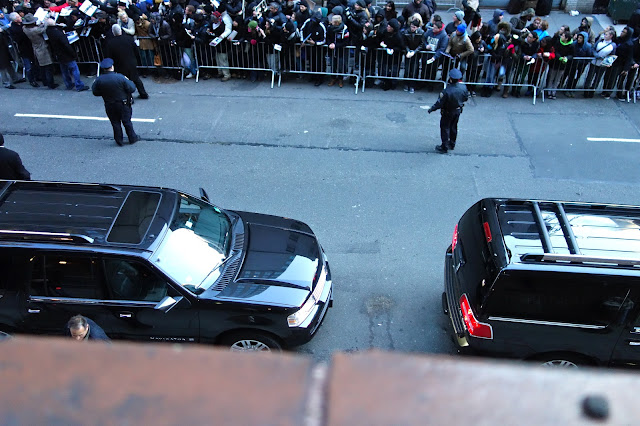 A virtuoso framing of Mr. Depp at the far top left and the gum at the extreme lower right. 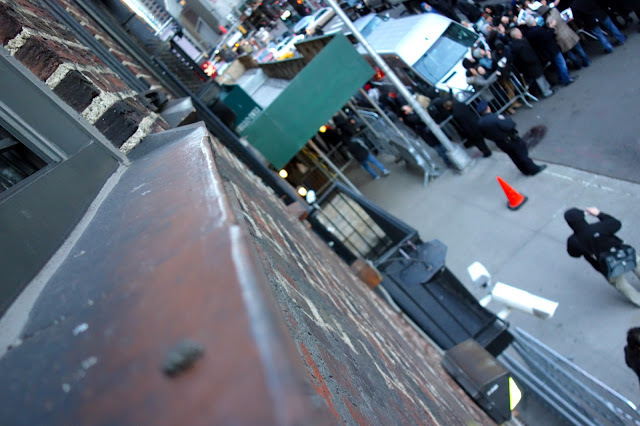 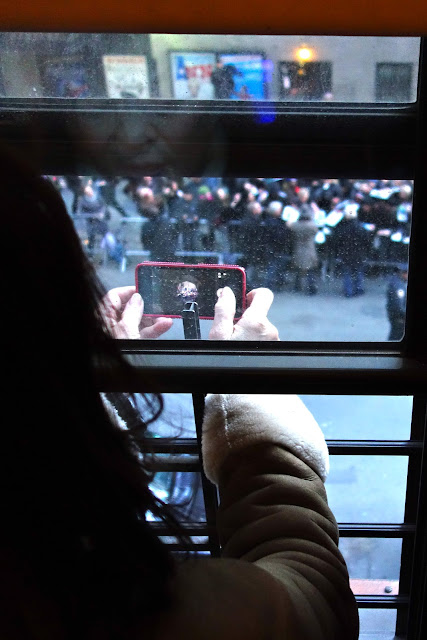 And here's where Todd really earns a round of applause: the meta shot.  Late Show costume designer Sue Hum takes a picture of Johnny Depp across the street.  That's her face reflected in the window.  And somehow he still got the gum.