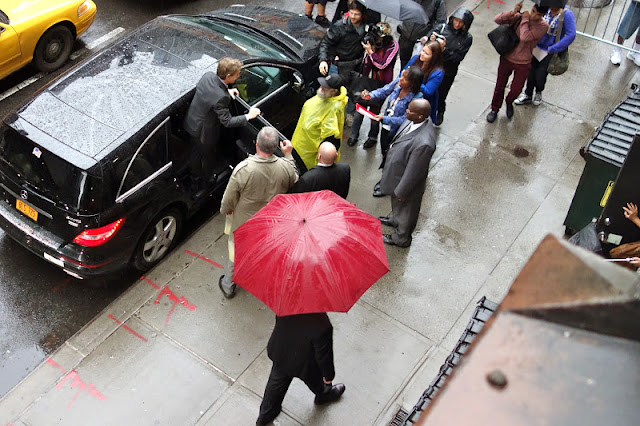 Martin congratulates a bearded gentleman on the success of his breast augmentation surgery.

No, no! It's peripheral showbiz character and occasional CelebriGum guest star Radio Man. He's protecting his radio under a rain poncho. Without that all-important


radio, he'd just be Man. And someone named Man wouldn't be interesting enough to merit his own documentary (note the sweatshirt). 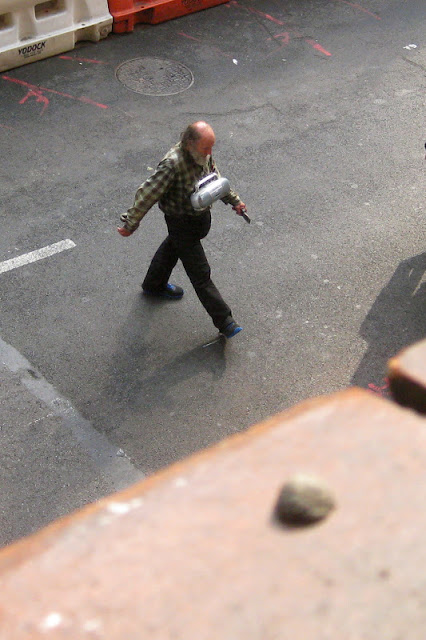 Radio Man in fair weather, with one of several radios in his wardrobe.

Martin, you're a very talented comedic performer, but in the 21st century, we're
turning more and more to celebrities who are famous for being famous, like the Kardashians, Radio Man, and an old piece of gum.  Come on, shake hands with Radio Man, and show that you accept the new world order. 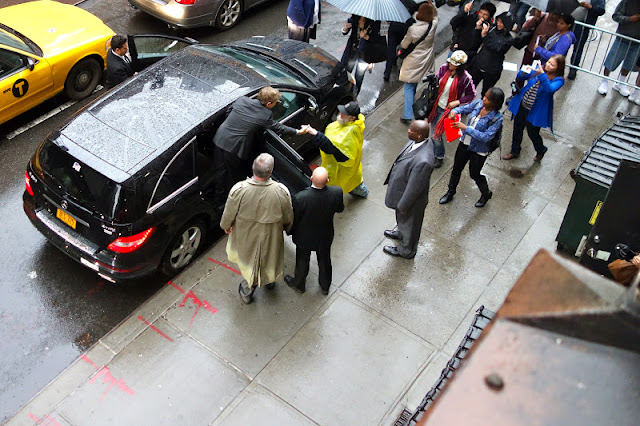 Very good.  I'll try to fit you in as a guest star when I do my next Radio Man entry.