The Quarterback, The Coach, & The Surprise

The Late Show has an excellent track record when it comes to booking key members of Super Bowl winning teams.  This past week was no exception.  But something else was going on this week that resulted in delightful strangeness. 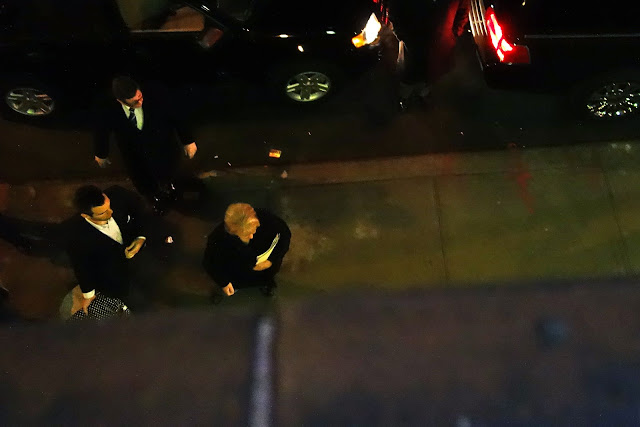 On Monday we had Baltimore Ravens quarterback and Super Bowl MVP Joe Flacco. 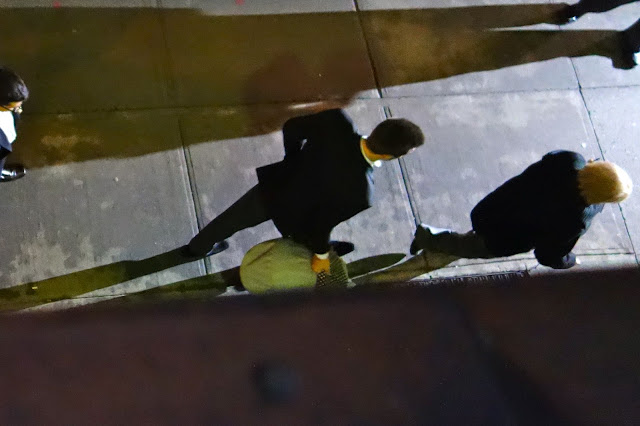 He'd woken up in New Orleans after one hour of sleep, flown to Disney World, then flown to a small airport in New Jersey where he got in a helicopter to bring him over to Manhattan. 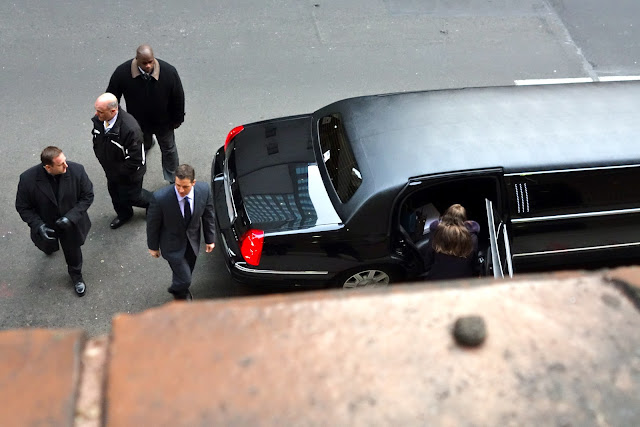 On Thursday we had Ravens Head Coach John Harbaugh.  Here he prepares to leave after signing autographs and posing for photos across the street. 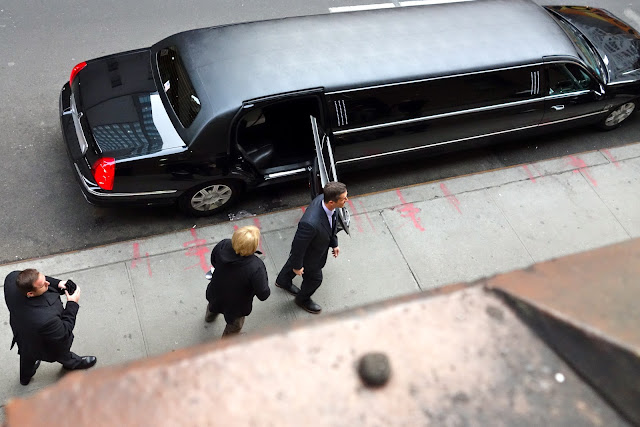 But wait -- who's that over by the stage door? 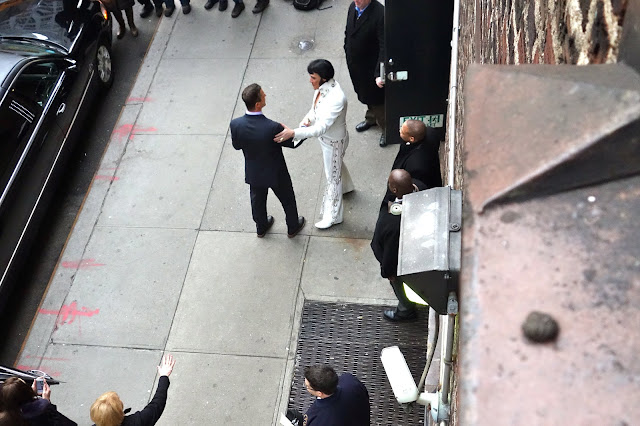 It's Shawn Klush, one of the performers from the Late Show's Elvis Presley Tribute Artist Week! 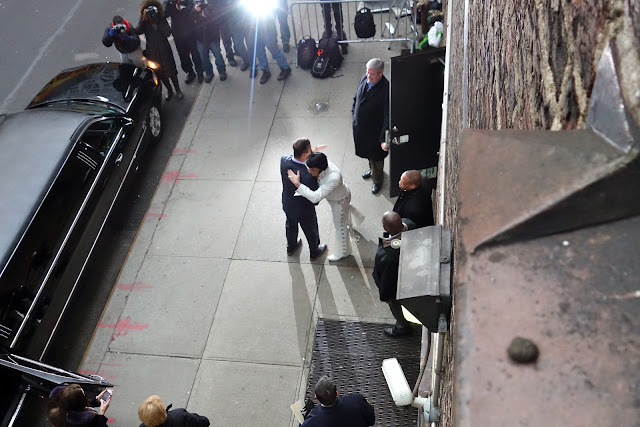 Out of nowhere, an emotional moment!  Don't ask why -- just go with it! 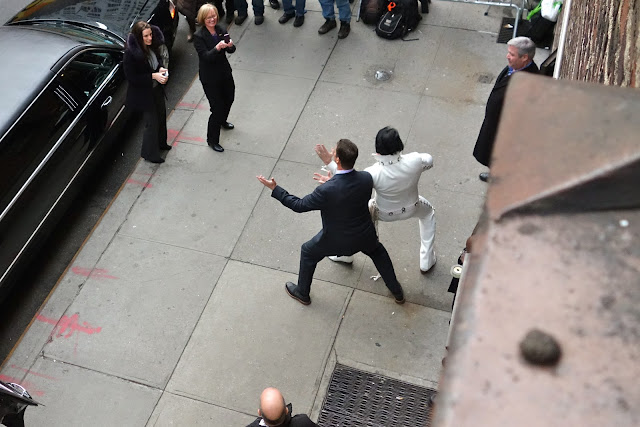 Ahhh.  This is the kind of weirdness that keeps me coming back to the gum window. 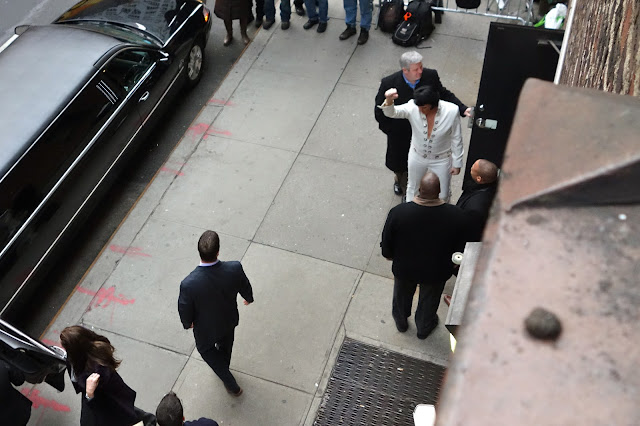 And to the awesome power of the gum.