In response to one of the lower-priority demands of the "Occupy Wall Street" movement, I'm throwing CelebriGum open to the 99% who aren't in charge of a gum-related celebrity website.  Let's see what they've come up with. 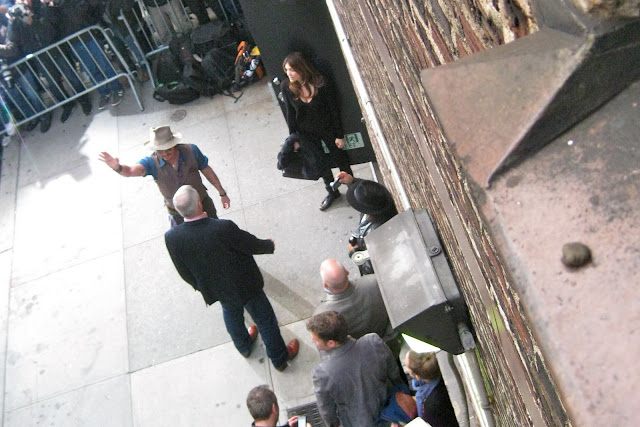 Depp arrives at The Late Show to promote his new film, The Gum Diary.  (Marilyn Sargent)
Rocks. There be rocks. And gum.   (Brian Howle)
(editor's note: this may be a "Pirates of the Caribbean" reference, but I'm not sure. In any case, it's delightful.)
"My wristbands deflect bullets, just like Wonder Woman!"   (Mark Leckner)
"As I said earlier, only people with a hat that is a similar shape to mine may take my picture."  (Lenny Boudreau)
I got nothin'.   (Steve Christian) 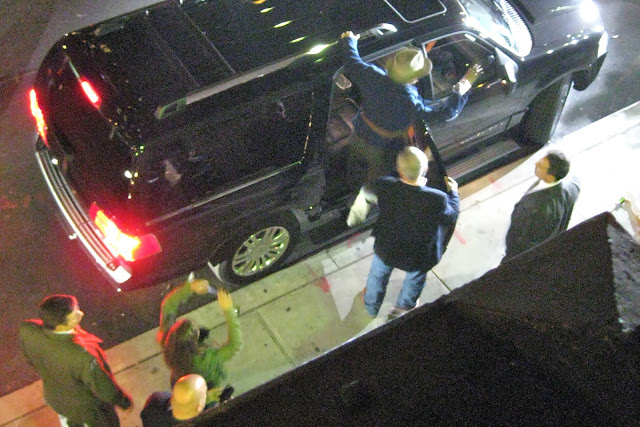 Johnny Depp, I think that’s how you spell it, is a man of great talent. What can be said about the man that hasn’t been said already?
--He was born without toe nails, I’m sure that hasn’t been said before.
--I’ve heard he’s never eaten a Big Mac while riding on a roller coaster, but I doubt that because everyone has done that at least twice.
--He’s never paid sticker for a used car. That’s smart; don’t want to be a sucker.
--There’s a foul smell coming from his house in Idaho, but that’s because he left a carton of soy milk on the kitchen table and hasn’t been back to the house in ten years.
--He’s been in over two films!
--He once was kicked off a United Airlines flight from Chicago because he was talking aloud during the in flight movie.
--Johnny Depp was the first Batman.
--He has a full body tattoo of a much younger version of himself.
--He had one of his ribs removed so he had a good place to put his phone.
That’s all the “things nobody has ever said about Johnny Depp”.   (David Kazmierski)
"Due to my back injury I must wear this belt outside my jacket.  I cannot bend, please drive to the hotel. I'll stand here and hang onto the roof."   (Mark Leckner)
Kudos to all the talented CelebriGum fans who contributed!  Johnny and I, or just I, thank you.
Posted by Steve Young at 6:48 PM