This week on the HBO original series "The Entourage Of The Actor From "Entourage"": 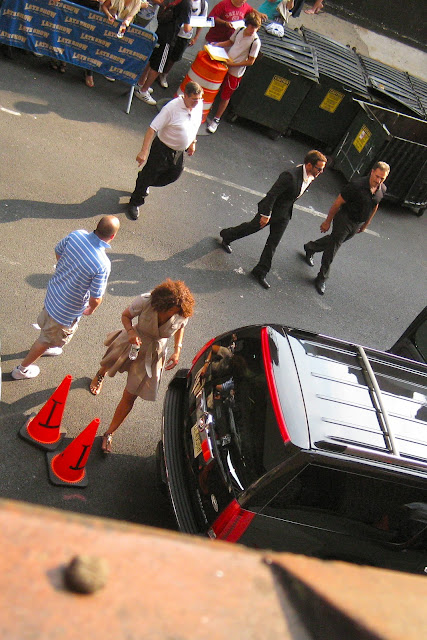 As Jeremy becomes increasingly close with the guy in the black shirt, the guy in the white shirt worries that he's being frozen out.  The woman in the tan dress has been very impressive carrying Jeremy's bottled water, but will she be tempted to take a swig herself if she gets dehydrated?  And will Jeremy's powerful Hollywood agent, the guy in the blue and white shirt, get him the starring role in the blockbuster action-romance-comedy about mercury-tainted sushi?
Sexual situations, violence, strong language, old gum.
Posted by Steve Young at 7:19 PM