Fellow citizens, during this divisive election season, let's take a moment to remember the values we all share and the ideals we hold in common.  Let's join together in gazing upon this patriotic scene and reciting the Gimmick Month Pledge of Allegiance: 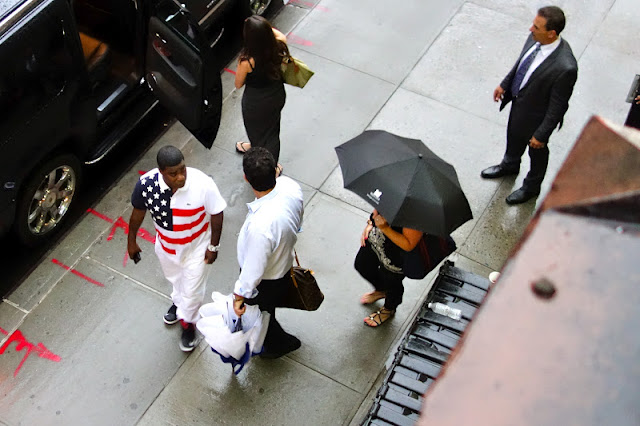 I pledge allegiance to the shirt
Of this popular entertainer of America.
And to the gray blob under which he stands,
One nation under gum, undislodgeable,
With levity and nonsense for all.

(Note to history buffs: the Pledge did not originally include "under gum."  The phrase was officially added in 1954.)

And since it's still Gimmick Month, I'll offer this photo as further proof of the deep, meaningful connection between the gum and Old Glory. 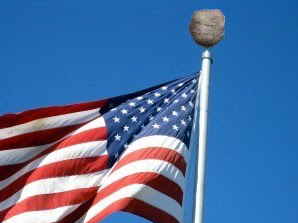 I'm either going to be in the next Whitney Biennial or sent to Gitmo.