Dave grew up in Indianapolis in the shadow of the Indy 500 and developed a passion for racing.  He's now part owner of a racing team, and one of his drivers won the Indy 500 in 2004.  No surprise, then, that he likes to have big-name racers on the show. 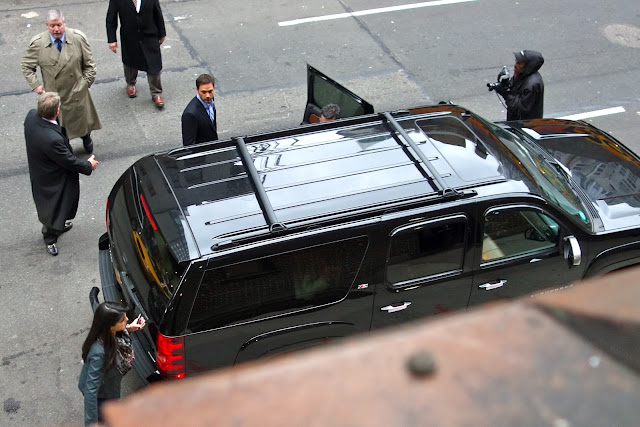 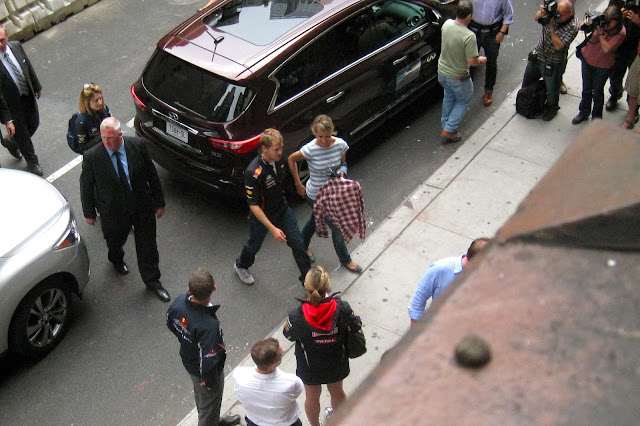 Formula One world champion Sebastian Vettel was a guest in June. 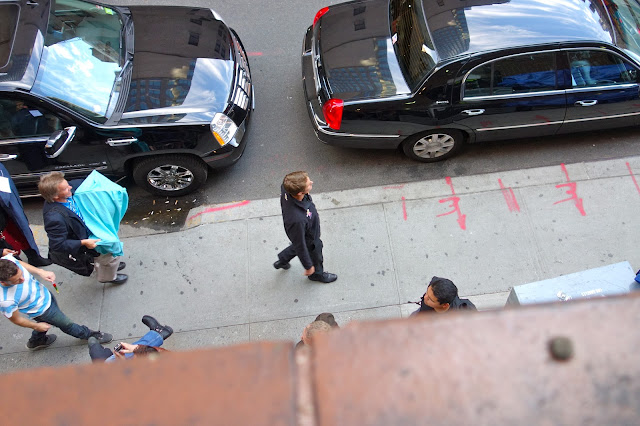 In September, IndyCar champ Ryan Hunter-Reay dropped by.  I believe that's the Astor Cup racing trophy under the blue cloth. 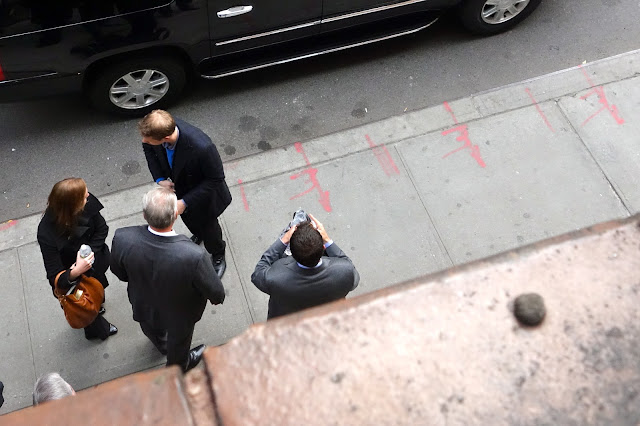 Sprint Cup champion Brad Keselowski was at the show in November to present "Top Ten Signs You're Not Cut Out To Be A Race Car Driver."  Sample: "You've always felt that passing other cars is rude." 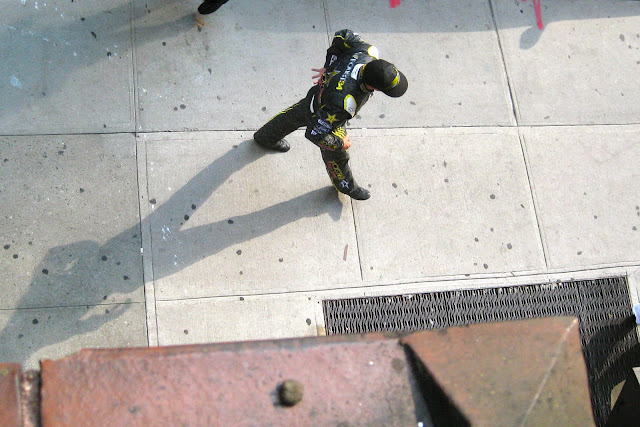 Back in 2011, rally car driver Tanner Foust gave a demonstration of drift parking, in which he spun the car and skidded sideways into a parking spot on 53rd Street.  He also did donuts with passenger Julianne Moore: 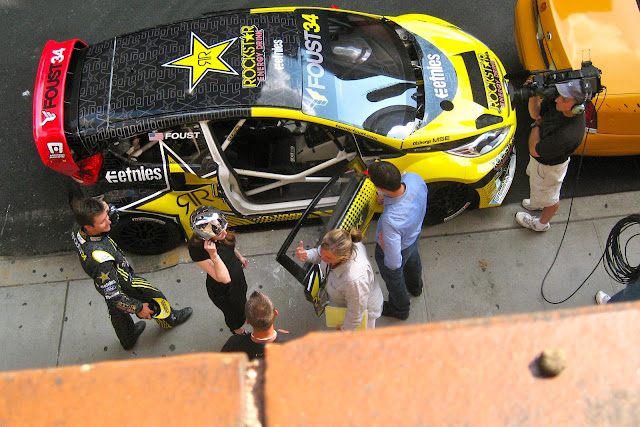 BONUS: we've been having a lot of fun with FanGum photos.  Here's one more from Catherine Huggins, featuring a miniature version of Jimmie Johnson's car. 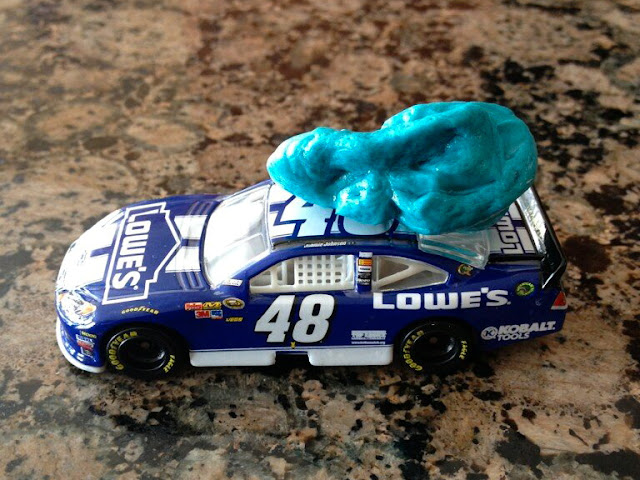 At least I hope it's a miniature version; otherwise that's an alarming amount of gum.