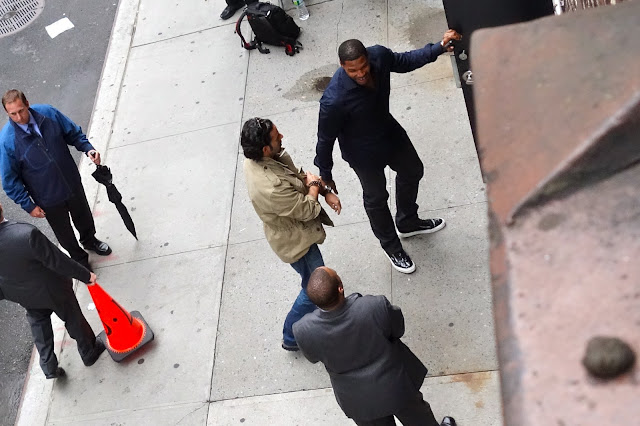 Is there anything this versatile athlete/football analyst/talk show host can't do? 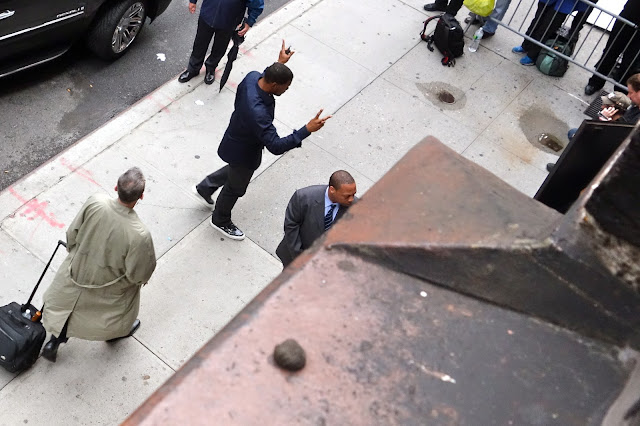 Not only has he got Nixon's mannerisms down, he's even nailed the 37th president's affinity for appearing in public with a piece of old gum on a window ledge. 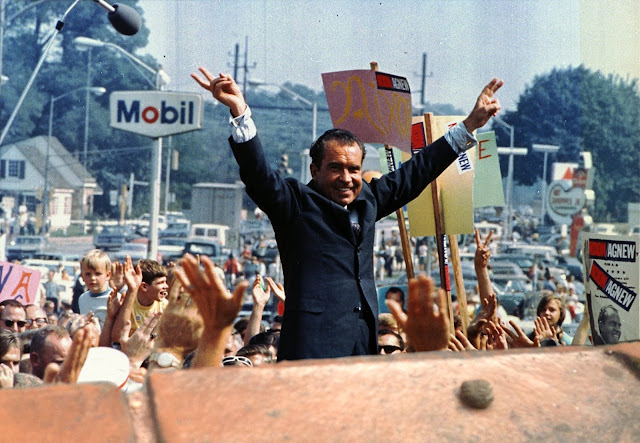 Shortly before I posted this entry, I realized I also wanted a gum photo of Nixon doing the gesture the day he left office, but at that point I was away from my home computer with the photo software. 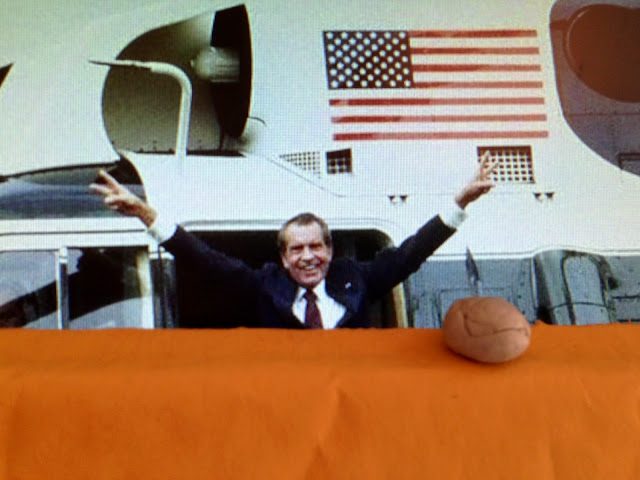 So I had to make this with my own gum, a padded mailer for a ledge, and a photo on my office computer screen.

Yeah, I'm getting a lot done here at work.