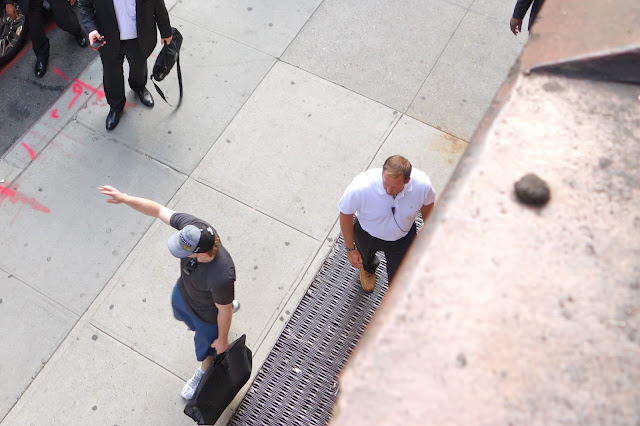 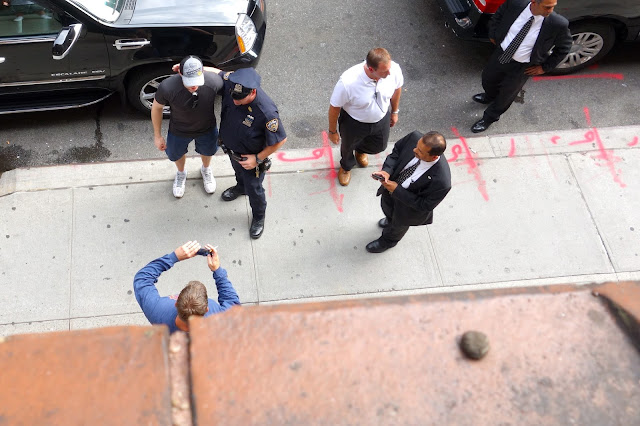 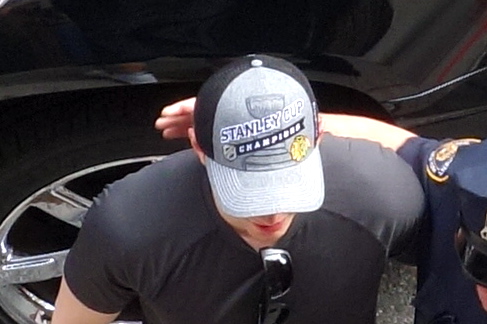 Not many people are walking around midtown Manhattan wearing one of those hats. 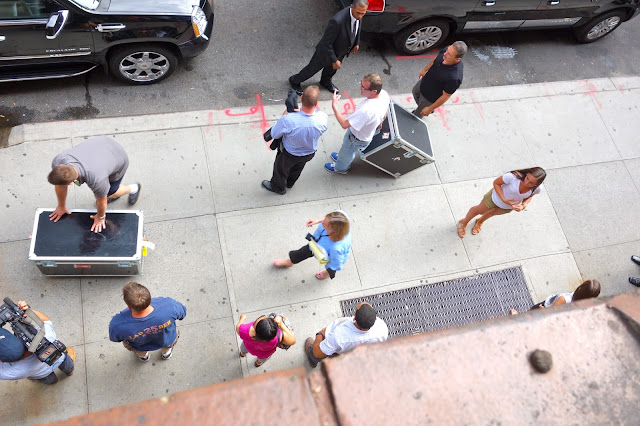 I was hoping to get the Stanley Cup with the gum also, but both it and the Conn Smythe MVP trophy emerged already in their traveling cases.

Oh well.  I did manage to get one shot of the Cup. I decided not to stick gum on it.  The League would not have been amused.